Apecoin (APE) is currently having a challenging start for November as it continues to paint its chart in red, declining by almost 15% over the last 30 days.

The main cryptocurrency of the Bored Yacht Club ecosystem which was launched on March 16, 2022, is changing hands at $4.44 according to tracking from Coingecko.

Here’s a quick glance at how APE has been performing this month:

Still, for a newly released crypto, it has been performing well, placing 40th in raking according to market capitalization with its $1.40 billion overall valuation.

Also, while Apecoin is struggling right now, its technical indicators are pointing at a possible massive surge that could happen anytime soon.

Shortly after being released, APE immediately became a victim of the volatile nature of the crypto market as its price was caught in a descending triangle pattern which is a bearish one.

But, on November 5, Apecoin managed to break free from the descending loop and started to gain some ground to initiate a bullish movement.

The following day, the crypto not only reached the $5 marker but ultimately surpassed it as it peaked at $5.20. However, the asset wasn’t able to keep it up as it abandoned the $5 region on November 7 and has been on a decline since then.

One good thing for APE is that it was able to establish $4.175 as its support level. If buyers are able to generate enough volume spikes and sustain it after the crypto reclaims and surpasses the psychological $5 mark, there’s a high likelihood that Apecoin will surge by 20% and hit $6.

Moreover, with a double-bottom reversal, that $6 marker could be established as APE’s new support region, indicating that the asset could go as high as $6.6.

It can be recalled that a few weeks ago, Google showed its support for cryptocurrencies by announcing that it will allow the use of Apecoin as well as Dogecoin and Shiba Inu as payment for its cloud services.

Although the tech giant had maintained a negative stance with regard to crypto assets, its management said the company is revisiting its policies to open its doors for digital currencies.

With this, Google, who has already collaborated with Coinbase, will start accepting APE, DOGE and SHIB payments in early 2023, although there is no definite date yet as to when the measure will be in full effect. 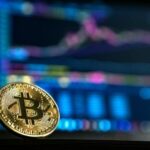 This Historic Bitcoin On-Chain Support Level Is Still Not Lost