Axie Infinity (AXS) finally managed to break away from the downward momentum that’s been going on for the last six months.

According to the latest data from Coingecko, the crypto asset peaked at $11.29 today before entering a minor price correction that made it decline by more than 7% over a 24-hour period.

AXS is in recovery after tremendous selling pressure crippled it in late October
Axie Infinity is targeting a 23% jump to surpass the $13 marker
AXS needs to close today’s session staying above $10.3 for it to remain bullish

Although it is still down by almost 18% for the past month, the altcoin is showing signs of a bullish rally that could make it breach the $13 marker.

During the last few days, the cryptocurrency’s price movement was caught in a double-bottom pattern that established $8.5 zone as the base support region.

Following the recent rally of the crypto market, Axie Infinity managed to bounce back from that crucial zone and surpassed the $10.3 marker with its 24.5% surge.

This kind of performance enabled Axie Infinity to turn the tides in its favor, getting out of its bearish cycle and is now looking to make a decisive push with the aim of increasing its spot trading price by more than 23%.

In order to do that, the digital currency needs to make sure that it will keep the $10.3 range as today’s sessions come to an end. If that happens, the virtual coin will push its changing hand’s value to $13.15.

Traders, however, must watch this condition like a hawk, as the bullish thesis will easily be invalidated if AXS fails to hold its current position right now.

Undeniably, AXS is still feeling the effects of the tremendous selling pressure that it experienced when the vesting period for the asset ended on October 24.

In the crypto space, such an event is usually followed by significant price dumps as sellers, after a considerably long wait, finally, get the chance to sell their holdings.

Vesting period refers to a specific length of time when early investors for a project or a crypto token such as Axie Infinity are required to hold their investments, making them unable to cash out as new investors come in.

When the unlock schedule came on October 26, Axie Infinity struggled to reach the $10 marker even though the crypto market initiated a bullish rally in order to reclaim the $1 trillion market cap turf.

The cryptocurrency now has a chance to return to its bullish ways provided that it can sustain its current range and avoid further decline.

Disclaimer: The analysis represents the author’s understanding of the crypto market and should not be construed as investment advice. 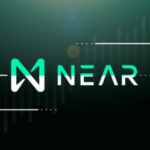