Axie Infinity Drops 4.7% In Last 24 Hours As AXS Struggles In The Red Zone 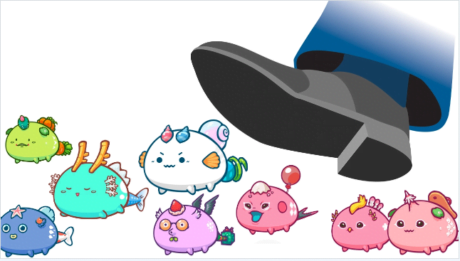 Axie Infinity trading volume is seen to have capsized by over 2% in the past few days.

AXS price has fallen 4.7% in the last 24 hours or is trading at $17.25. This gives traders an idea of how the week’s AXS price trend will go. It continued to hover in the negative area or red zone since the past week wherein it registered a detrimental loss of 7%.

Axie Infinity Trading Volume Down By 2%

On the daily chart, Axie Infinity’s trading volume is seen to have capsized by over 2% in the past few days. On the other hand, AXS circulation has jumped by 0.6%. The total circulating supply is now capped at 89.83 million. To date, Axie Infinity ranks as the 44th largest crypto in terms of market cap at $1.54 billion.

Additionally, players can explore other opportunities to earn by joining weekly tournaments and contests on the platform. Axie Infinity players use AXS to trade, buy, and sell game characters called Axies.

Despite the bearish trend, analysts are optimistic that AXS price will increase once Axie Infinity launches its full version at the end of the year. As Ethereum backs the platform, this makes a lucrative investment despite the bearish market.

In other news, Axie Infinity will be making a transition to Origin Phase 3 with a milestone moment for the reveal as the next phase boasts of epic gameplay and updates. The new game mode makes the transmission from Classic to Origin.

An update on August 11 revealed that Axie Infinity is trying to enhance its rewards structure and scraping off SLP from its basic gameplay.

Axie has made over $4.24 billion in total sales to date. Associates of Axie have recently acquired a large pie of ownership of the Fire-Tier versions of Trilogy or the 2021 BIG3 defending champions.