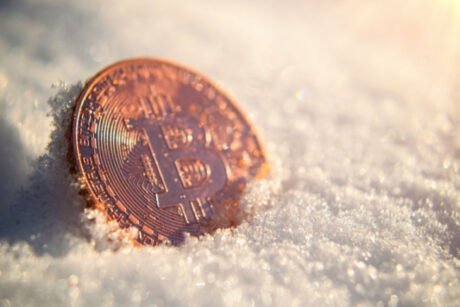 The price of Bitcoin has been trading about key resistance during today’s trading session and could be positioning for a break higher if bulls managed to close the daily candle above $21,500. The cryptocurrency still records heavy losses on higher timeframes but could be on the verge of a decisive move.

At the time of writing, Bitcoin (BTC) trades at $21,700 with a 1% profit and a 9% loss in the last 24 hours and 7 days respectively. As mentioned, critical resistance stands at $21,500, a daily candle close above this level could hint at the price trending further.

Data from Material Indicators (MI) highlights the importance of $21,500. Bitcoin has been rejected at least twice around those levels, over the past week. Thus, the importance of a breakout on a low timeframe.

This upside move might provide the market with some confidence about a potential shift in momentum from short-term bearish to bullish. Material Indicators have been recording a spike in orderbook activity which could hint at a fakeout or a re-test of support levels:

Watching BITCOIN liquidity jump around on the D chart (daily chart). When we see liquidity moving aggressively, it’s difficult to gain confidence in new liquidity that appears on the orderbook. If bitcoin price heads back down to $21.5k, be mindful of rug pulls (fakeouts).

BTC’s price with a spike in bid liquidity. Source: Material Indicators via Twitter

As the chart above shows, bid liquidity (buying orders) has been stacking around $21,000. These levels should operate as support in case of an increase in downside pressure. Keith Alan, co-founder at Material Indicators, identified an ascending triangle pattern in the Bitcoin 4-hour chart.

Here Is When The Market Might See Bitcoin With Bullish Momentum

The cryptocurrency might attempt to break above these levels, as mentioned above, or move sideways until this Friday. On this day, the U.S. Federal Reserve (Fed) Chairman Jerome Powell will give a speech and might provide markets with more confidence for a bullish continuation. Alan said:

Ascending triangle pattern forming on the BTC 4-hour chart. A breakout would run into technical resistance at the key Moving Averages which has confluence with ask liquidity in the order book.  Ofc, we may just chop this range until FED Chairman Powell speaks from Jackson Hole.