Bitcoin could slip below $21k as the broader market dips again 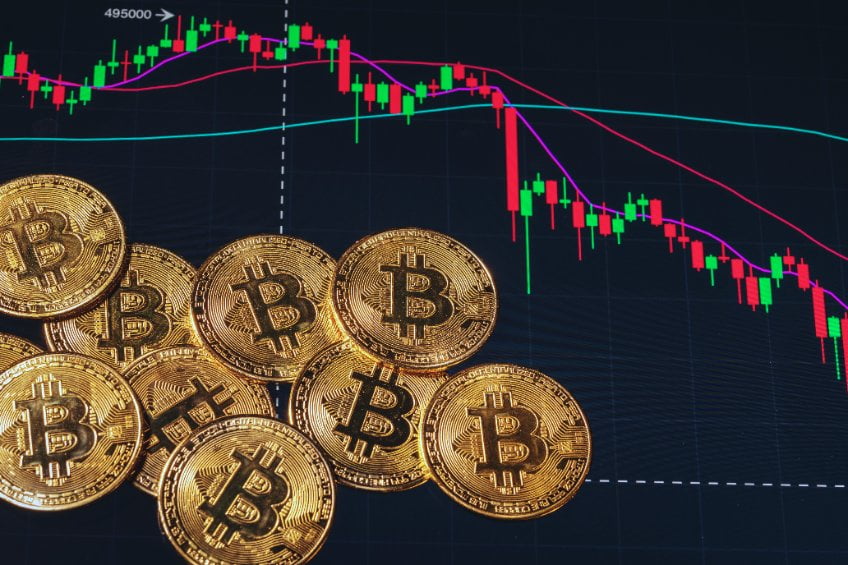 Bitcoin has dropped below the $22k support level after losing more than 6% of…
The post Bitcoin could slip below $21k as the broader market dips again appeared first on CoinJournal.

Bitcoin has dropped below the $22k support level after losing more than 6% of its value and could record further losses soon.

The cryptocurrency market has been underperforming since the start of the week. The broader market has lost more than 6% of its value over the last 24 hours, causing the total market cap to drop below the $1.1 trillion mark earlier today.

Bitcoin continues to lead the market, and its massive dip resulted in the broader market recording huge losses over the last 24 hours.

Bitcoin has lost more than 6% of its value so far today, resulting in BTC trading below the $22k level for the first time this week. BTC has maintained its value above $20k in recent weeks, and the bulls would be hoping to keep it above that level over the weekend.

The bulls would, however, need to defend the BTC price and ensure it doesn’t drop below the $21k resistance level in the near term.

The BTC/USD 4-hour chart has turned bearish as Bitcoin has been underperforming since the start of the week. The technical indicators show that BTC could record further losses soon.

The MACD line dropped below the neutral zone earlier this week and has remained there ever since. Thus, indicating that the bears are currently in control of the market.

The 14-day relative strength index of 19 strongly indicates that Bitcoin is in the oversold region.

At press time, BTC is trading at $21,814 per coin. If the bearish trend continues, BTC could drop below the $21k support level over the next few hours or days. However, the bulls should defend BTC above $20k in the near term.

The bulls might regain control of the market and push BTC above the $22,500 resistance level before the end of the day.

Unless there is an extended bullish run, BTC might find it hard to surge past the $23,409 resistance level over the next few hours.

The post Bitcoin could slip below $21k as the broader market dips again appeared first on CoinJournal.

PrevPreviousEthereum Uptrend Vulnerable Unless It Surges Past $1,900
NextPrice Of Ethereum Struggles To Hold $1,700, Are Bears Taking Over?Next