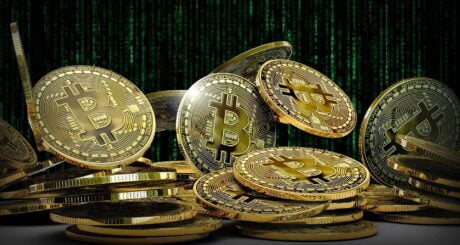 Today the cryptocurrency market experienced a sudden crash, with Bitcoin and Ethereum prices falling. Other major coins also saw a significant fall. Around $100 billion was wiped from the combined value of all cryptocurrencies in just minutes.

In the last 24 hours, Bitcoin experienced a 5% decrease. At the same time, the price of the second-largest cryptocurrency Ethereum has decreased by a similar amount. In addition, Ethereum’s rivals Solana, Cardano, and Avalanche, have reduced by around 3%, while Ripple’s XRP and Terra’s luna lead the significant crypto markets lower.

Related Reading | Bitcoin Collapses By Most In Nearly A Month – Its Golden Days Are Over?

The markets were thrown into chaos on Wednesday after the Federal Reserve announced that they would be hiking their interest rates. The sudden crash came amidst a tech company-led sell-off of stocks in response to this news, which has since spilled over onto other sectors as investors escape towards safer assets.

The U.S. economy could go into recession because of the interest rate hikes and the tightening of monetary policy. Yesterday, Wall Street had a bad day. The Dow Jones Industrial Average lost over 1,000 points, and the tech-heavy Nasdaq fell 5%. Yesterday’s losses preceded big rallies in the previous session.

Bitcoin, which usually moves along with the stock market, has been stuck in a narrow range all year. It has struggled to get back to its high prices from late 2021 amid a broader market sell-off.

Bitcoin is not the only thing that is struggling–the S&P 500 has also fallen to a new record low for the year. Sam Kopelman, the U.K. manager for bitcoin and crypto exchange Luno, warned that bitcoin could “slip back into the previously found $36,000-$37,000 support range.”

Kopelman’s outlook on the major coins like Ethereum, Solana, Cardano, XRP, Avalanche, and Luna is less than optimistic, but he does have some hope for bitcoin.

The market has had a delayed response to the Federal Reserve’s biggest rate hike since 2000, first spiking on Wednesday’s news and leading market watchers to believe the potentially “bearish event” to have been “priced in.”

On May 3, veteran trader Peter Brandt warned the bitcoin price could fall as low as $28,000.

The completion of a bear channel typically results in a decline equal to the width of the channel, or in this case a hard test of 32,000 or so — my guess is 28,000

This does NOT make me a hater $BTC.

Featured image from Pixabay and the chart from Tradingview.com

PrevPreviousBitcoin Short-Term Holders Were Behind The Selloff To Below $36k
NextTerra Beats Tesla As Second-Largest Corporate Bitcoin Holder After $1.5B PurchaseNext