Bitcoin Falls To Decisive Line At $21,500, What Levels Should BTC Hold? 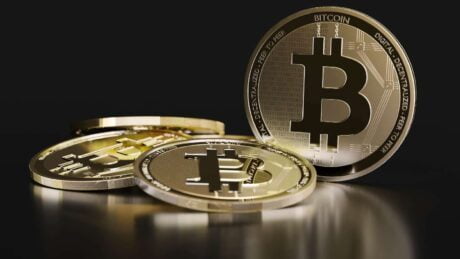 Bitcoin hangs by a thread as an increase in selling pressures sends major cryptocurrencies back to critical support levels. The number one crypto could return to the bottom of its current range If bulls are unable to step in and push back on this fresh bearish assault.

At the time of writing, Bitcoin’s (BTC) price trades at $21,400 with a 9% loss and an 11% loss in the last 24 hours and 7 days, respectively. Ethereum continues to outperform BTC’s price as it has been able to hold on to part of the gains from last week, but bulls must draw the line at the resistance turned support on $1,700.

According to senior market analyst for Cubic Analytics Caleb Franzen, Bitcoin’s bearish momentum might be about to increase. The cryptocurrency is flashing a potential selling signal according to the 4-week Williams%R oscillator, an indicator used to measure an asset’s momentum.

The Williams%R indicates that Bitcoin has gone from overbought levels to oversold, according to Franzen. As seen in the chart below, whenever this indicator signals oversold, the price of Bitcoin has trended to the downside.

This indicator has successfully predicted June’s 2021 major crypto crash when the price of Bitcoin dropped from a yearly high north of $64,000, and the most recent downside trend when BTC finally lost $40,000 and reached its lowest price in two years at $17,600. The analyst said:

When the 1-month W%R plummets from “overbought” to “oversold”, this has been a precursor for a larger decline and capitulation. Could this time be different? Absolutely. But bear market momentum will be hard to defeat.

Franzen believes $21,500 will operate as an important level for a potential support re-test. If BTC’s price fails to retain these levels, the cryptocurrency might drop to $20,500 and $19,000 before seeing a rebound.

What’s Impacting The Price Of Bitcoin?

The crypto market has been experiencing relentless selling pressure due to macro-economic factors: the U.S. Federal Reserve (Fed) hiking interest rates, and high inflation which has driven off risk appetite in global markets. These factors were mitigated by recent events.

However, economist Alex Krüger believes the attention has moved from the U.S. to Europe. The old continent faces an energy crisis, the war between Russia and Ukraine, and potential dangers for economic growth across its major economies.

In the current macro conditions, Krüger believes only Ethereum might have a chance to continue outperforming due to the upcoming “Merge” on mainnet, the transition from Proof-of-Work to Proof-of-Stake. Krüger said:

Two things happened overnight: equity risk-off driven by bad German data, crypto hit air pocket after consolidating at the lows. Seems markets moving from focusing on the Fed to focusing on Europe. ETH is the best performing crypto asset in this dump, not about positioning