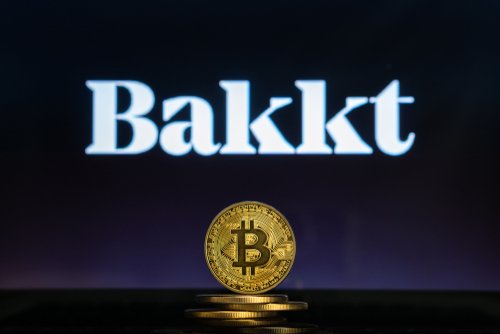 Bitcoin is down by more than 60% from its all-time high, but Bakkt’s CEO…
The post Bitcoin isn’t going away, says Bakk’t CEO appeared first on CoinJournal.

Bitcoin is down by more than 60% from its all-time high, but Bakkt’s CEO says the leading cryptocurrency isn’t going away.

Gavin Michael, the CEO of ICE-owned Bakkt, told Yahoo Finance in an interview on Friday that Bitcoin isn’t going away. He made this statement at a time when Bitcoin and the broader cryptocurrency market are underperforming.

Michael said institutional interest in cryptocurrencies is growing despite the ongoing bear market. He said;

“There’s still strong interest and momentum with our partners, many of whom are multinational companies… They understand the peaks and troughs that we’re seeing. [But] we are anticipating that the partners may move at a slightly more conservative pace. They’re being more thoughtful about how they enter the crypto economy.”

The crypto market has seen its total market cap drop from $2.2 trillion at the start of the year to currently standing around $1 trillion. Despite that, Michael said he expects Bakkt to remain engaged with its crypto services in the second half of the year, and expects a massive ramp-up through 2023. He said;

“We’re seeing this change in narrative, if you like, from crypto being viewed simply as an investable asset to a more widespread utility across consumers, across businesses, and across institutions. So our work is about working with our partners to really unleash [crypto’s] functionality and its full utility.”

The bear market is a time to grow, and Bakkt has been doing just that. The company, which operates a crypto trading platform for institutional investors, announced a new partnership with Visa earlier this month and has an existing partnership with Mastercard.

The partnership with Visa will see Bakkt offer crypto debit and credit cards, making it easier for consumers to pay using cryptocurrencies.

“We’re seeing consumers who value their loyalty points even more in this challenging economic environment. They see it as a way to offset rising costs.”

Bakkt’s revenue increased by 60% in the second half of the year, thanks to the sales growth from consumers redeeming loyalty points for crypto.

PrevPreviousSupercute World is the Next NFT Brand Aiming to Become the Next Disney
NextFantom (FTM) Hit By Bearish Sentiment Despite Logging Over 300,000 Active UsersNext