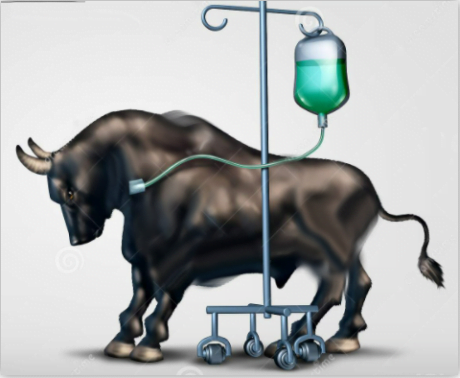 Bitcoin price (BTC) is grappling to maintain the level above $23,500.

The king of crypto tries to keep the uptrend consistent which has peaked for over two months.

Judging by the daily chart, it’s apparent that the bulls’ aggression is fading out and will need to exhibit a revolutionary strength to keep the price at a high level that has been playing out positively for the past two months.

Intensified selling pressure this week could counter the price trend that is seen to soar. The price of the pioneering digital asset had a massive level drop following the July’s meeting of the Federal Reserve that ruined expectations of a more adaptive monetary policy in 2023.

On August 17, Bitcoin price has plunged by roughly over 2% or a trembling drop below the positive trendline formed from the lows registered on July 15 and July 26; respectively.

The Federal Reserves’ minutes of the meeting that was released Wednesday showed the discussion by policymakers that underscore the importance of pushing interest rates up to keep high borrowing costs at bay.

It’s easy to spot how Bitcoin price gets affected by sudden changes in Fed policy and it has in fact been reduced by half ever since the Federal Reserves had their meeting regarding the strict enforcement of a monetary policy that began in March.

The prevailing market price which implicated expectations of lowered interest rates in 2023 and also pushed the Bitcoin price to $25,200, negates the propensity for the continuous rise in rates and limiting policies.

Crypto analysts maintain that confidence in Bitcoin despite the weakening of the bulls. According to Michaël van de Poppe, a reputable crypto analyst, says: “Crucial to break $23.7K back. If a move to $24K occurs, a flip of $23.7K is triggered for longs. The trend remains upwards on higher timeframes. Still, expecting $28-30K in the next weeks.”