Bitcoin Price Surges Above $22,000 But Will The Momentum Last? 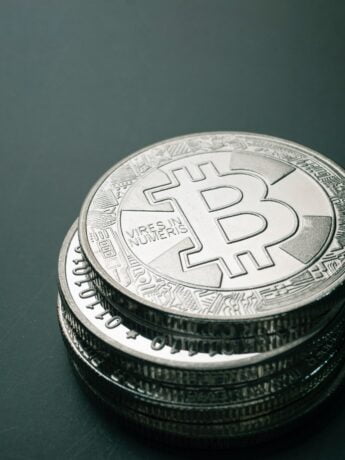 Bitcoin price displayed strength over the last four days as it finally broke past the $19,000 price zone.

Bitcoin price was consolidating over the past week before this rally. At the moment, the $18,000 price level is acting as strong support for the coin.

If the cryptocurrency fails to trade above its present level and falls near $18,000, its next trading zone will be at $15,000. Buyers seem to have returned to the market owing to the relief rally.

Technical indicators have also painted a bullish picture for Bitcoin on the daily chart. Demand for Bitcoin has to remain constant in order for the coin to stay optimistic on its daily chart.

The coin could go to $24,000. However, that price level may prove to be a strong barrier for Bitcoin.

That could in turn push the price of Bitcoin to its closest support line. If Bitcoin manages to hold above $22,000, there are chances that it could trade close to $24,000.

Bitcoin was priced at $22,100 on the one-day chart | Source: BTCUSD on TradingView

BTC was trading at $22,100 at the time of writing. However, there has been a relief rally in recent days after a period of consolidation.

The immediate resistance for the coin stood at $24,000, but the aforementioned level could prove to be a strong resistance mark for Bitcoin.

The volume of Bitcoin traded in the last session declined, which was a sign of increased selling pressure.

BTC has been flashing signs of optimism over the last couple of days.

It is still to be seen how Bitcoin price fares above the $22,000 price mark.

The outlook for Bitcoin price has turned positive, with buying strength increase over the past few trading sessions.

The Relative Strength Index was above the half-line, which indicated that buyers outnumbered sellers at the time of writing.

Bitcoin price traveled above the 20-SMA line, signaling that buyers were driving price momentum in the market.

Increased demand would push the 20-SMA line to crossover the 50-SMA line, thereby increasing the chance of bullishness.

Bitcoin could exhibit signs of price fluctuation as seen on the one-day chart | Source: BTCUSD on TradingView

The Directional Movement Index was positive, with the +DI line above the -DI line. However, the Average Directional Index (red) sagged slightly.

This meant that price momentum could lose steam. Bollinger Bands indicate volatility, and the slight opening of the bands means that there could be a chance of a price fluctuation.