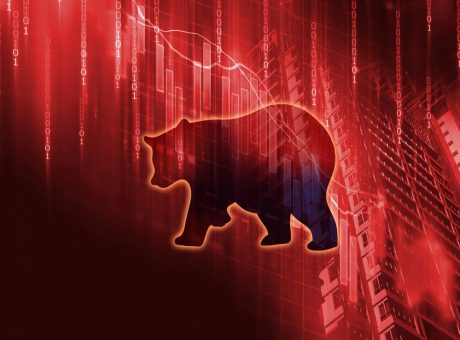 Bitcoin price started a fresh decline from the $24,250 resistance zone against the US Dollar. BTC declined below $23,000 and remains at a risk of more losses.

Bitcoin started a fresh decline below the $23,500 support zone.
The price is now trading below the $23,500 level and the 100 hourly simple moving average.
There was a break below a major bullish trend line with support near $23,320 on the hourly chart of the BTC/USD pair (data feed from Kraken).
The pair must clear the $23,250 resistance to start a fresh increase in the near term.

Bitcoin price struggled to gain pace above the $24,000 resistance zone. The price formed a top near $24,285 and started a fresh decline.

Bitcoin price is now trading below the $23,500 level and the 100 hourly simple moving average. It is now consolidating above the key $22,650 support zone.

If bitcoin fails to clear the $23,500 resistance zone, it could continue to move down. Immediate support on the downside is near the $22,650 level.

Hourly RSI (Relative Strength Index) – The RSI for BTC/USD is now well below the 50 levels.

PrevPreviousChainlink Price Above $8, Can It Go Past Its Immediate Resistance?
NextUniswap Price Falls Below $9 After It Met With A Sell-Off, What’s Next?Next