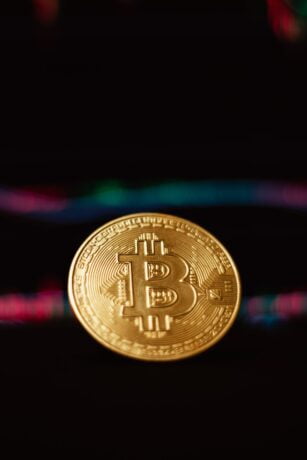 Bitcoin price has witnessed a sharp fall over the 24 hours and the reason for the same is unknown. The coin witnessed excessive selling pressure causing prices to dip by 9% in the past day.

Most gains that Bitcoin secured in a week were lost due to the recent price drop.

Over the past weeks, Bitcoin had continued to form an ascending trendline, it happens often that the coin witnesses a price breakout after moving in an upward trend line for some time.

The technical outlook for the coin painted a bearish picture as buying strength declined considerably in just a day.

Bitcoin was unable to push itself above its resistance level of $25,500. This might have caused the crypto to lose momentum and break below the trendline.

Push from buyers was lacking, hence sellers had taken over. At press time the bears were back on the chart. The bears might bring in further losses for the coin, if buyers don’t come to the rescue.

Bitcoin was priced at $21,200 on the four-hour chart | Source: BTCUSD on TradingView

BTC was trading for $21,200 at the time of writing. Over the last 24 hours, the coin lost 9% of its market value as it broke below the trendline.

The inability to push over the resistance level of $25,500 could have caused it to lose its positive momentum on the chart. Overhead resistance for the coin is at $22,000, if Bitcoin manages to rise over the aforementioned then the other resistance mark stands at $23,000.

The amount of Bitcoin traded in the last session was less, signifying the sellers were dominating the market.

The coin underwent a substantial loss in buying strength as it depreciated by 9%. Bitcoin price was in the oversold region, however, at press time it noted an uptick.

Despite an uptick, Bitcoin’s selling pressure was more than buying pressure.

On the Relative Strength Index, the coin was seen in the undervalued and oversold zone. Bitcoin price was under the 20-SMA line, this reading signified that sellers were driving the price momentum in the market.

Bitcoin displayed a sell signal on the four-hour chart | Source: BTCUSD on TradingView

The fall in buying strength made Bitcoin price portray a sell signal on the chart. The Moving Average Convergence Divergence depicts the price momentum and the reversal in the same. MACD underwent a bearish crossover and flashed red histograms which are also considered sell signals for the coin.

The Directional Movement Index indicates the direction and price momentum. DMI was negative as the -DI line was above the +DI line. The Average Directional Index was near the 40-mark which translates to the current price momentum gaining strength, this could mean further dips for Bitcoin price.