Bitcoin Remains At $21K But Bitcoin Cash Surges By 7% 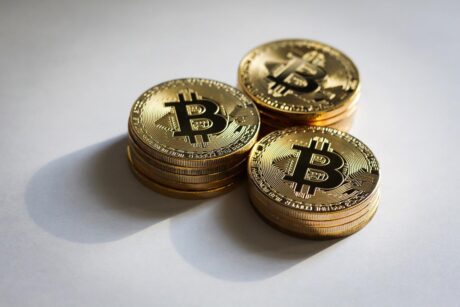 The largest digital currency in the world, Bitcoin, is still fluctuating below the $22K price mark. Meanwhile, its daughter token, BCH, has recently gained some green bars, surging by 7%.

BCH is the hard fork of Bitcoin. Its development is structurally and technically in line with those of Bitcoin. However, there’s just one notable difference between these two digital tokens, which is Block Size.

Segregated option was not the best answer to the scalability problem of BTC. They observed a loophole in implementing SegWit to tackle the issue with Bitcoin. This became the dawn of Bitcoin Cash.

The transaction mechanism of the cryptocurrency places about 8MB of data on every created block. Moreover, on average, around 116 transactions are carried out every second on the system. This is enough transaction speed for BCH.

However, more processing capacity is needed to create a larger block size. Such block sizes are necessary to support the network through its nodes. But regardless of this, the token has been gaining some heights since its creation in August 2017.

There has been no relevant up or down trend for Bitcoin lately. It’s currently going around the $21K mark. Also, several other digital currencies are facing the same difficulty, but there’s an exception to this being BCH.

Last week’s bearish turn of the crypto market has affected most of the altcoins, and Bitcoin is no exception. Since then, it has been a struggle for the digital currency to hit the coveted $22K level.

Last weekend, the market watch on Bitstamp revealed a plunge in the price of Bitcoin. At the time, the digital token dropped to around $20,800, which happened to be its 3-weeks low.

There was a quick bounce back to the $21K price mark after the last plunge in its price. However, from then up to now, the token has not made a significant move to the north or south of the market chart.

Bitcoin price remains below $21,600 on the chart. Source: BTCUSDT Tradingview.com

The current Bitcoin price is still around the $21,000 mark with no sign of a positive move to the $22K level. Meanwhile, the cryptocurrency still holds a market cap of more than $400 billion.

In the last 24 hours, there has not been an encouraging move of many altcoins in the market. While that is ongoing, Ethereum has gained some heights recently. This is not overly surprising considering the anticipated merge of the network.

PrevPreviousBitcoin Price Recovers But Here’s What Could Trigger Another Decline
NextEthereum Key Indicators Suggest Strengthening Case For Move To $1,800Next