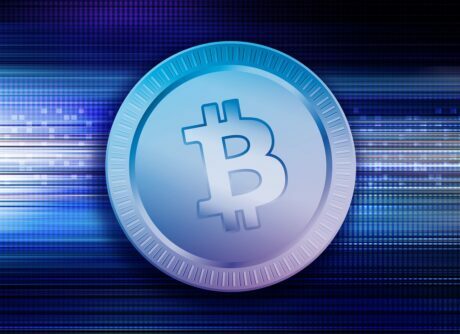 The price trend for Bitcoin seems to be moving with the set rates of the US Federal Reserve. BTC plunged shortly after the Federal Reserve’s July meeting. However, from the minutes released on Wednesday, August 17, policymakers had discussed more interest rate hikes to fight inflation.

They deliberated on the need for checkmate borrowing costs by increasing rates which could restrict the country’s economic growth. By that, they could have the required time and influence in controlling potential inflation.

It’s not surprising to see the recent performance of cryptocurrency following the news of the Fed’s plans. The assets are pretty sensitive to such changes. For instance, the market saw crypto value halving as the central bank implemented its tightening cycle in March.

BTC price data showed a drop of about 2%. This dip went below its high performance from the lows of both July 15 and July 26. With the dramatic appearance of the bears in the BTC market, deliberations are high on different platforms about a possible sell-off.

The crypto market has become more vulnerable to the possibility of a further increase in rates and the US restrictive policy. As a result, there could be more spikes of volatility which could confuse the crypto market.

Furthermore, the move acts against the current market pricing and anticipation for more cuts in the interest rates in 2023. Also, the price of BTC had surged impressively to hit a two-month high of above $25,200.

Reactions To Fed And Spike In Bitcoin Interest Rates

A Decentral Park Capital researcher, Lewis Harland, noted that the rates move to affect Bitcoin adversely. He mentioned that the Fed consistently handles inflation even as the costs contract the economy.

Also, Michael Kramer of Mott Capital Management observed that there’s no hope for Fed fund futures traders, that the central banks would switch to rate cuts in 2023.

They expected that once the rate peaked at around 3.7% by March, it would stall till ending of 2023. However, the central bank increased the rate by 75 basis points last month. It now sits between 2.25% to 2.5%.

The price of Bitcoin is slightly recovering today as it hovers around $23,500 against its low of $23,180 on Wednesday. However, despite the small gain, the value of BTC is still below the supportive level during its rising trendline.

Bitcoin is trading sideways on the chart l Source: BTCUSDT on TradingView.com

There are reactions from observers that have come across the Fed minutes. For example, a former Fed trader, Joseph Wang, declared that it’s hawkish.

In his observation, the transcript also expresses concerns about the implications of excessive tightening while managing inflation. But, on the other hand, policymakers also advised creating normalcy by slowing the rate at certain levels.

PrevPreviousBinance Coin Price Fails To Break $337, Have Bulls Given Up?
NextEthereum Price Slides As Staked Token Reaches New ATH Ahead Of Hyped MergeNext