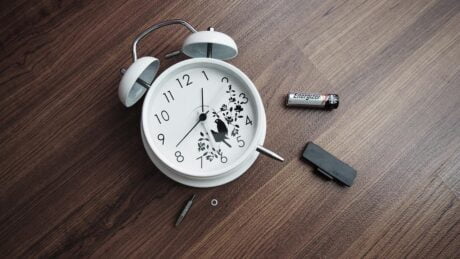 A major Canadian pension fund manager has written off a $150M investment in crypto lending platform Celsius Network as a total loss, expecting an impending shutter of the once high-flying CeFi platform.

According to a report from the Financial Times, the fund is the second-largest in Canada and has signaled the write-off as being indicative of the funds’ expeditious decision to have exposure to crypto assets.

Caisse de dépôt et placement du Québec, or CDPQ, is Canada’s second-largest pension fund in the country, according to the Times, managing over $300B in funds in Quebec. The fund’s stake in Celsius was written off “out of prudence,” according to the report, signaling that the fund has no expectation of Celsius Network achieving any semblance of a recovery.

The move comes less than a year after the fund described it’s investment in Celsius as being indicative of it’s “conviction” in blockchain technology and serves as another unfortunate domino in the Celsius downfall. Chief executive of the fund, Charles Emond, said that the fund “went in too soon into a sector that was in transition, with a business that had to manage extremely quick growth.”

While the fund outperformed benchmarks, it still recorded a loss of nearly 8% in the six months ending in June. Emond added that “the first six months of the year were very challenging… Whether it is Celsius or any other investment, needless to say, when we write it off, we are disappointed with the outcome and not happy.”

Celsius token (CEL) has seen a major slide that is commensurate with the general consensus of the platform’s future, despite a recent pump. | Source: CEL-USD on TradingView.com

Much like the loud and headline-grabbing downfall of Terra Luna, Celsius is certain to leave newer crypto investors with a bad taste in their mouths. When it comes to the CDPQ, the Times has reported that Celsius’ crumbling is enough to leave the Canadian pension behemoth on the sidelines when it comes to short-term crypto investors, while remaining optimistic on the long-term perspective around blockchain technology.

Meanwhile, it’s gone from good to bad to ugly (and worse) for Celsius as the threads unravel. In recent days, it has come to light that Celsius founder Alex Mashinsky took over the firm’s trading strategy earlier in the year. The news comes as Celsius works through its bankruptcy case with a New York judge, who recently granted the firm approval to sell off mined Bitcoin to assist in paying for operations.

Featured image from Pixabay, Charts from TradingView.com
The writer of this content is not associated or affiliated with any of the parties mentioned in this article. This is not financial advice.

Get Coupons and Offers from the USA﻿