CEL Rallies To $2 As Bankruptcy Proceedings Continue, But Rally May Just Be Starting 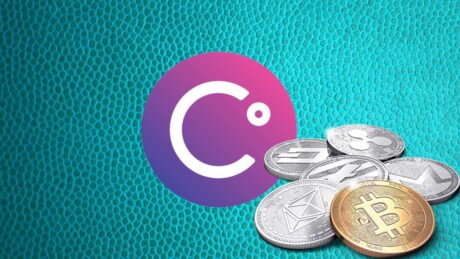 Celsius (CEL) has been rallying in recent times. The native token of the now bankrupt Celsius Network had taken a nosedive when the company had first filed for bankruptcy, but it seems the time is changing with the recent recovery. As Celsius continues with its proceedings, the price of CEL has shot up over the last week, reaching as high as $2.

What Is Behind CEL Recovery?

The recovery in CEL’s price has obviously come as a surprise to the market. The altcoin had struggled tremendously before finding its footing once more. But the rally that followed has exceeded expectations on all fronts. After struggling below $1 for the better part of last month, the digital asset has now found some much-needed reprieve.

CEL’s price soared about 50% in the last 7 days alone, causing it to touch as high as $2 in the early hours of Tuesday. It has since retraced back down to around $1.80, but the bull trend continues to hold and has triggered speculations around what was causing the increase in price.

However, the reason behind the CEL run-up is a simple one of supply and demand. Since Celsius had begun bankruptcy proceedings, it has locked up a large amount of crypto on its platform. Now, the majority of that crypto was being held on the exchange to earn CEL rewards, which is how new supply was introduced into the market. Since all of the cryptos are now frozen, CEL inclusive, and there is no new supply being pumped into the market, it has led to a supply squeeze.

Simply put, there is now more demand for CEL than there is supply. Celsius is not allowed to put new tokens into the market, which means that the only available tokens are the supply currently in the market. Short sellers are also being forced to close their positions, else, they lose a lot of money in the short squeeze, leaving only the long-term traders and CEL bulls to dominate the market.

This singular reason alone has rewritten a bullish part for the digital asset. Bankruptcy proceedings are known to take years, an example is the Mt Gox case, and with most liquid CEL supply being frozen on the platform for years, it is expected that this will be a prolonged short squeeze.

However, not a lot of optimistic price predictions are now emerging for the altcoin due to this reason. Price Estimates from Coinmarketcap show that investors expect the digital asset to hit as low as $0.77 in the month of September.

Featured image from The Coin Republic, chart from TradingView.com