Coinbase introduces liquid staking token ahead of the Ethereum Merge 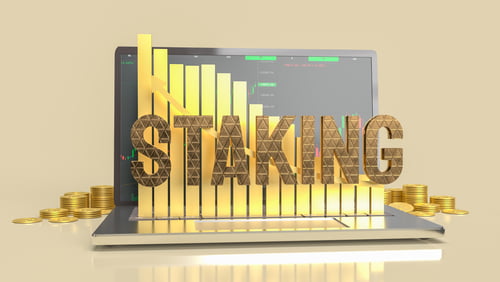 Crypto exchange Coinbase has launched Ethereum liquid staking token ahead of Ethereum’s migration to a proof of stake protocol.

Coinbase, one of the leading crypto exchanges in the world, announced via a tweet on Wednesday, August 24th, that it has launched its liquid staking token called, Coinbase Wrapped Staked ETH (cbETH).

This latest development comes a few weeks before the Ethereum Merge, an event that will see the Ethereum blockchain migrate to a proof of stake mechanism from its current proof of work.

Coinbase wrote that the Coinbase Wrapped Staked ETH (cbETH) is a utility token that represents ETH2, which is ETH staked through Coinbase. cbETH can be sold or sent off-platform, while ETH2 will remain locked up until a future protocol upgrade.

The crypto exchange added that the price of cbETH is NOT meant to track the price of ETH 1:1. cbETH represents staked ETH plus all of its accrued staking interest, starting from when cbETH’s conversion rate and balance were initialised.

Coinbase added that holders of ETH2 (staked ETH on Coinbase) could “wrap” their ETH2 and receive cbETH through its website. Wrapping functionality will be rolled out to eligible users progressively throughout the day, Coinbase said.

Liquid staking enables investors to generate extra income on top of standard rewards they make for staking or locking coins in a network.

With liquid staking, the locked staked coins are “wrapped” into transferable tokens, representing ownership of the underlying staked assets and any rewards earned.

The tokens generated from liquid staking are fully transferable and can be unwrapped to redeem the underlying staked assets.

Coinbase intends to generate massive adoption of its cbETH token, which will have several uses following Ethereum’s migration. In its whitepaper, Coinbase said;

“Our hope is that cbETH will achieve robust adoption for trade, transfer, and use in DeFi [decentralized finance] applications. With cbETH, Coinbase aims to contribute to the broader crypto ecosystem through creating high-utility wrapped tokens and open sourcing smart contracts.”

The post Coinbase introduces liquid staking token ahead of the Ethereum Merge appeared first on CoinJournal.