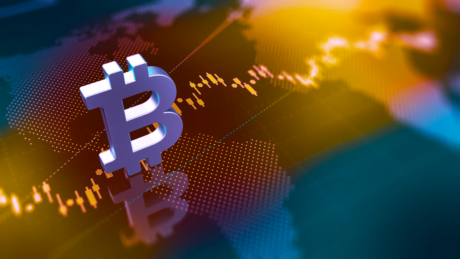 Specifically, this episode looks at Bitcoin’s “most profitable buy signal” in its entire history: the hash ribbons. In addition, we analyze weekly momentum using the logarithmic MACD to try to understand if a bottom could be in. Take a look at the video below.

All About The Hash Ribbons

The Hash Ribbons were created by Bitcoin analyst Charles Edwards. They are a pair of moving averages based on the Bitcoin hash rate and mining difficulty and signal when miners are capitulating. When this phase ends, a buy signal is issued. In fact, its buy signal has been called Bitcoin’s most profitable buy signal, producing several thousand percent ROI on average each time it triggers. The signal is even more profitable when it appears prior to a Bitcoin halving

The hash ribbons have triggered a buy signal | Source: BTCUSD on TradingView.com

Yesterday gave us a fresh weekly close in BTCUSD. In particular, we will be using the Logarithmic MACD in our analysis. The log version of the MACD provides a better comparative analysis across past cycles.

Although the MACD had opened green the week prior, the late-week selloff uncrossed the bullish crossover and has forced momentum sideways. The weekly MACD is at historical bear market readings. Diverging down further would be unprecedented and likely take Bitcoin down below $17K.

However, if bulls can complete the bull cross, in previous cycles the change in momentum was enough to kickstart a bullish impulse. The MACD is currently one of the most important indicators to watch on weekly timeframes. Although a bullish crossover could confirm the bottom, the MACD gets a reputation for being a lagging indicator and therefore the bottom could be in long before the bull crossover confirms.

Adding credence to a potential bottom, Bitcoin weekly is sitting at a long-term trend line lasting over a decade long. The long-term trend line has been touched on 5 separate occasions including the 2014 bear market bottom and Black Thursday in March 2020. Losing this trend line could be disastrous for the cryptocurrency market.