Does Bitcoin Price Show Signs Of Reversal After Trading Laterally? 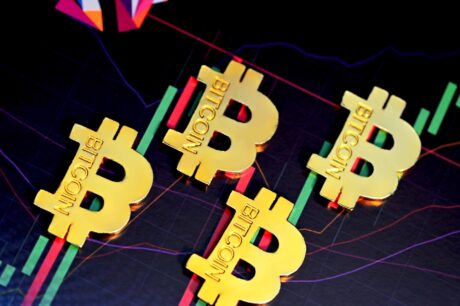 Bitcoin price noted a sharp decline after the bulls were rejected at the $24,000 price mark a few days ago. Over the past week, the coin depreciated 7.6%. In the last 24 hours, Bitcoin price barely noted any movement. This indicated that the coin was trading within a consolidated price range.

The bulls are trying to re-enter the market but selling strength continues to increase. The coin however has managed to keep the price above the $21,000 support level. The technical outlook for Bitcoin has turned mixed, meaning there could be signs of reversal over the next trading session.

For a price reversal to successfully take place, buyers have to return to the market. BTC needs to soar past its immediate price ceiling of $22,000, else, a move to $20,000 will be incoming shortly. Demand for the coin has been low at higher levels and as long as that’s the case, BTC will continue to witness resistance.

BTC was trading for $21,600 at the time of writing. The coin has been moving upwards however, over the past immediate trading sessions the coin was moving sideways. There could be a tough resistance at the $22,000 mark, once broken past that, Bitcoin price might be able to get back on a bullish track.

Local support for the coin was at $21,000. A fall from that price mark will push BTC down to $20,000 first and then to $19,000. It is crucial for buying strength to return on the chart for Bitcoin to regain its momentum back. The trading volume of BTC had risen indicating that selling pressure moved up on the chart.

BTC’s constant mundane price action has pushed buyers out of the market. Buying strength was trying to recover but Bitcoin price has remained under the $22,000 mark for long enough. This has made the buyers underconfident.

The Relative Strength Index shot up above the half-line briefly and then fell back underneath it. This signalled more sellers at press time. Bitcoin price managed to climb above the 20-SMA line and display that buyers were slowly starting to drive the price momentum in the market.

Bitcoin portrayed a buy signal on the four-hour chart | Source: BTCUSD on TradingView

The coin started to display signs of a reversal as there were buying signal on the chart. Buying signal is a sign of bulls resurfacing. Moving Average Convergence Divergence indicates the price momentum and change in price action.

MACD underwent bullish crossover and formed green histograms which are buy signal. If buyers act on it then Bitcoin price might gain strength to move above the critical resistance of $22,000. With more sellers, $18,000 might start to act as the immediate price floor. Parabolic SAR pictures the price direction and dotted lines below the candlestick point towards bullishness.