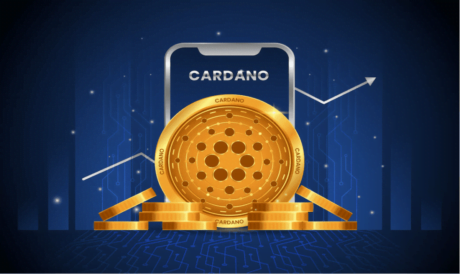 Cardano (ADA) remains one of the largest cryptocurrencies by market cap, but the digital asset’s decline from its all-time high back in 2021 has left in its wake a lot of bearish sentiment.

The “Price Estimates” feature that was introduced by Coinmarketcap allows investors to be able to enter their price predictions for a cryptocurrency and the tool then takes an average of these predictions. Cardano (ADA) is one of the cryptocurrencies that has seen a lot of interest when it comes to this feature, attracting more than 14,000 estimates in the month of September alone. But even such interest has had no positive bearing on the expected movement of the asset for the month.

The average of the submitted estimates shows that investors expect the price of the digital asset to top out at $0.61 by the time the month of September elapses. This same sentiment is carried throughout the estimates for the next six months, which gets significantly worse as time goes on.

For the longer term, investors expect the digital asset’s price to drop further from where it currently is, with an average estimate of $0.49 by the end of the year 2022. What this shows is that there is more positive sentiment toward the digital asset for the shorter terms.

Now, the Coinmarketcap price estimates may show bearish sentiment, but this does not exactly mean that is how the market will go. One thing to keep in mind is that important upgrades usually have positive impacts on the price of a cryptocurrency, and with the Vasil hard fork less than a week away, there is the possibility of a turn in the tide for the digital asset.

A good example is what is currently happening with the price of Ethereum ahead of the Merge. According to the countdown, the move to the proof of stake mechanism is less than 3 days away, and the price of ETH has already broken $1,700 once more.

If this is the case with Cardano (ADA), the digital asset might see a more positive movement going forward. Especially once the Ethereum Merge is completed and investors turn their focus to the next big upgrade, which is the Vasil hard fork. However, there is no way to tell how much the upgrade might affect the price of ADA, given that there is a tendency for it to be overshadowed by the Ethereum Merge.

Featured image from Zipmex, the chart from TradingView.com

PrevPreviousSolana Shows Bullish Signs Ahead Of 1D Breakout, Can Price Go To $45?
NextBitcoin Price Surges Above $22,000 But Will The Momentum Last?Next