Market Wallows In Extreme Fear As Bitcoin Struggles To Hold $20,000 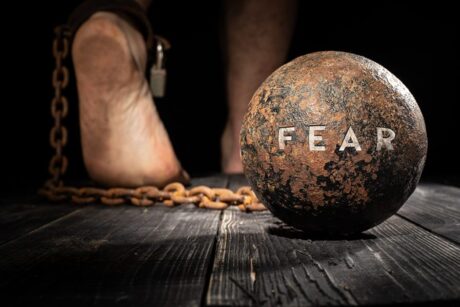 Bitcoin has been struggling in recent times and even with the recovery, continues to find it hard to hold above the $20,000 level. With the crash has also come a significant decline in investor sentiment which has reached some of its lowest points in recent years. And even with bitcoin finally making the coveted recovery above $20,000, it seems investor sentiment is finding it hard to keep up as it remains firmly in the negative.

According to the Crypto Fear & Greed Index, a tool that measures how investors are feeling towards the market, investors are still very wary of the market. The index is currently at a score of 11 which means that the market is still in the extreme fear territory.

Related Reading | By The Numbers: The Worst Bitcoin Bear Markets Ever

This comes as no surprise given where the price of the leading digital assets in the space has been. Even profitability has plummeted in this time period, leaving a lot of investors holding bags of losses in the market. Additionally, multiple events have also played integral roles in getting investor sentiment to this point.

The first had been the LUNA crash that had wiped billions of dollars off the market. Then leading lending protocol had frozen withdrawals and transfers, essentially blocking off thousands of investors from being able to access their funds.

With crypto being locked on multiple platforms, investors are wary of putting any money in the market for fear of losing it or having it locked on a platform. Hence, inflows into the space have slowed significantly in wait for better sentiment.

Where Is Bitcoin Headed?

Bitcoin had fallen as low as $17,600 in its last week’s downtrend. This was below the previous cycle peak, triggering fear among investors that there may be no support. However, the digital asset had found support and had since recovered back above $20,000 where it is now resting.

Nevertheless, the digital asset continues to struggle. Holding above this level has been a herculean task, especially with the significant resistance being mounted by bears at the $21,000 point. Moreover, some in the space expect the price of the digital asset to keep declining from this month.

Going along with the halving trend that bitcoin has followed since its inception, it may be at least another year before the digital asset makes a recovery towards its previous all-time high. Looking at historical data shows that the next bull market may likely start in May 2024, when the next halving occurs.

Bitcoin is now trading above its 5-day moving average for the first time since the crash. However, this does not essentially mean a bull trend is underway. Rather, it shows that a certain level of stability is beginning to return to the market.