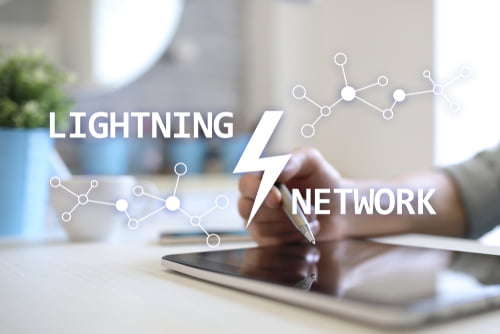 Michael Saylor has revealed that MicroStrategy is working on enterprise applications of Lightning.

Michael Saylor, the chairman of MicroStrategy, has revealed that the software company is enterprise applications of Lightning. He revealed this while speaking to an audience at the Baltic Honeybadger conference in Riga, Latvia, over the weekend.

Saylor is responsible for transforming MicroStrategy into a cryptocurrency powerhouse, with the company now holding billions of dollars worth of Bitcoin.

The former CEO revealed that MicroStrategy’s developers are currently working on solutions that would enable them to onboard large numbers of people onto the Lightning network.

Lightning network is a payment network on top of Bitcoin, enabling faster and cheaper transactions on the blockchain. Saylor said Lightning is the most important thing in it the world of technology at the moment. He said;

He added that the company is looking for solutions that would allow firms and companies to introduce Lightning to a hundred thousand employees every day. The solutions would also open Lightning wallets for 10 million customers overnight, Saylor added.

The MicroStrategy chairman confirmed that the solutions are still in their early stages. He said;

“The advantage of Lightning is not just that you could scale up bitcoin for billions of people, or drive the transaction cost to nearly nothing, but also, the ethos of bitcoin is to go very carefully and not move fast on the base layer without the universal consensus, but in Lightning, you can move much more aggressively developing functionality and take more risks with the applications than you can with the underlying bitcoin layer.”

Lightning protocol makes it possible for users to open payment channels with each other and exchange multiple transactions before settling them on-chain. Thus, minimising the transaction fees and confirmation time.

MicroStrategy currently holds 129,699 BTC, worth about $2.58 billion at current prices, making it one of the largest Bitcoin holders in the world.

PrevPreviousEthereum Bullish Despite Recent Chop; What Could Propel it to $1,700
NextCradles’ New SIN System Allows You To Earn By Staking Into NFTs Of Elite PlayersNext