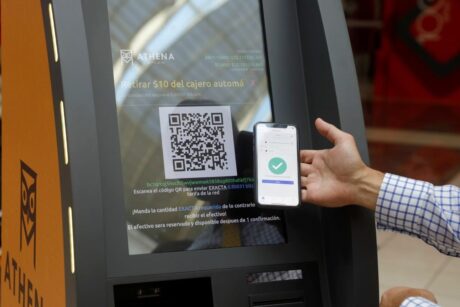 With crypto adoption advancing rapidly over the last year, the installation of new crypto ATMs worldwide has also followed this accelerated rate. The number of countries where crypto ATMs are available remains on the rise too. Over the course of 2021, a large number of ATMs were installed as more countries accepted them. This time around, the number of crypto ATMs in the world has hit a new high, indicating that adoption remains high.

The rapid growth of crypto worldwide is embodied in the number of ATMs around the globe. This month, the space celebrated a new milestone in regards to these machines, which have now surpassed a total of 39,000 ATMs installed worldwide.

Data from Coinatmradar shows that the number now sits at 39,015 ATMs installed across 78 countries. Most of the installations have happened in the last two years. Back on January 1st, 2020, the total number of crypto ATMs worldwide sat at 6,364 ATMs. Growing more than 513% in the time since then to its current level.

During this time, the number of ATM manufacturers has also grown more than 100%. It is now sitting above 15,000 manufacturers from the 2,000 that dominated the space back at the beginning of 2020. This has facilitated competition in this industry, and the cost of using crypto ATMs has plummeted as a result.

The United States Continues To Dominated

Most of the growth in the installation of ATMs has been happening in the United States. This is due to the acceptance rate of cryptocurrencies in the region and also the tendency to try out new tech. For this reason, more than 80% of all crypto ATMs installed worldwide have been in the United States.

It currently has a total of 34,301 ATMs out of the 39,015 ATMs that are currently live. It puts it at approximately 88% dominance in this industry. No other country comes close in this regard, and the United States has more crypto ATMs than all the other 77 countries combined.

Other countries which are seeing higher rates of installations include Canada, Spain, and El Salvador. The United Kingdom is interesting in this regard because while other countries are seeing the number of available crypto ATMs rise over the last two years, it has seen its numbers plummet. Currently, there are only about 22 ATMs in the UK.

There are currently 46 producers around the world with a total of 615 operations. As for businesses who bitcoin to cash and cash to bitcoin services, it currently sits at 324,114, with the US making up about half of this number.

PrevPreviousCosmos Could Be Set For A Wild Rally Ahead Of Crucial Breakout
NextXLM Depicts Buying Resurgence, Where’s It Headed Next?Next