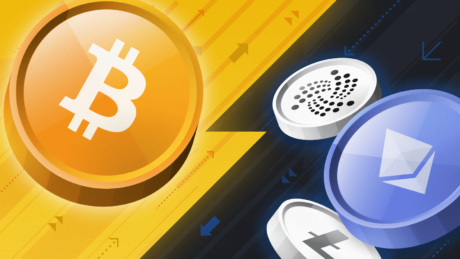 Crypto investors had been moving out of altcoins through the market downtrend due to the high volatility that rocked these digital assets. As a result, the fall in these altcoins was more brutal than that recorded in bitcoin. However, as the tide has begun to turn and the market is looking towards more of a bullish trend, these altcoins have taken their place at the top of the recovering chain, prompting investors to rush back into them.

Over time, it has been shown that altcoins record the widest movements during any type of market. So just as they have a high propensity to bring large losses, they also carry the same trait when it comes time to make a profit. The same is the case this time around,Al as investors have clamored to altcoins to take advantage of the gains.

Barely two weeks into the month of August, altcoins have quickly taken the lead when it comes to gains. The Small Cap Index, which had suffered massively during the downtrend, is finally having its day in the sun. It saw the largest gains in the last 10 days, coming out at 9% for this period of time.

The Mid Cap Index follows the Small Cap Index in this regard. Although it did not see as many gains as its smaller counterpart, it saw 7% gains for the time period. It also spread to the Large Cap Index, which saw 5% gains in the same time period.

These gains show that investors are beginning to recover their faith in the market once more. Exposure to altcoins is growing rapidly, leading to a surge in prices across these indexes.

Altcoins were not the only ones that saw positive growth in the first week of August. The positive sentiment through the market has been widespread and has affected various digital assets, albeit to different degrees.

Bitcoin has seen lesser gains compared to its altcoin competitors, but it saw gains nonetheless. It came out as the index with the lowest returns so far, with only 2%. Despite this growth, the digital asset is still severely underperforming compared to altcoins. It is notable in the market dominance of the digital asset, which has fallen about 7% in the last two months alone.

What this shows is that investors are now moving out from the safe haven that bitcoin provided during the market crash and are now focusing on altcoins. This has also spread to stablecoins that have also seen their market dominance eaten into by altcoins.

In the last week alone, ETH dominance grew 0.89%, while Bitcoin and the leading stablecoins all lost between 0.12% to 0.96% dominance. This new hunger for risk can either be primarily rewarded, or investors may find themselves burned if the market were to retrace.

Featured image from Binance, charts from Arcane Research and TradingView.com