Shiba Inu is slowly shedding its gains following the short-lived rally of the crypto market last October 25 as well as its Elon Musk/Dogecoin-inspired price increases.

According to data from Coingecko, at the time of this writing, the DOGE spin-off crypto is changing hands at $0.00001217 and has been down by 2.3% over the last 24 hours.

It is still enjoying a 12.7% increase for the past seven days and a 23.4% surge over the last two weeks but those numbers used to be higher during the last few days.

On October 30, Shiba Inu peaked at $0.00001421 as it increased its market capitalization by almost $2 billion. Currently, the asset is sitting at an overall valuation of $7.177 billion – enough for it to rank 15th among all cryptocurrencies tracked by Coingecko.

Investors, particularly the members of the CoinMarketCap crypto community, are leaning towards a bearish prediction for the meme dog-themed altcoin this November.

According to the findings of the Price Estimate tool that aggregated the result of a poll that included 5,133 voters, Shiba Inu is likely to end the month with a trading price of $0.00001093 which is almost 10% lower than the $0.00001209 SHIB price at the time when the voting was conducted.

Meanwhile, as for the DeFi asset price towards the end of the year, the decline was slightly lower at 8.46% as it is expected to change hands at $0.00001107.

On January 1 this year, SHIB price was at $0.000033. The altcoin, however, failed to sustain its momentum as it was caught in a bearish momentum that slashed more than 63% of its 2022 opening spot price.

It only managed to break out of that slump towards the end of October when the crypto market rallied to reclaim the $1 trillion market cap territory and shortly after Elon Musk completed his $44 billion purchase of Twitter.

Over the last few months, Shiba Inu has shown its tendency to follow the directional trend of Dogecoin, which the same crypto community has also given bearish predictions.

The dog-themed crypto has recently entered a price correction phase, losing 4.6% of its value over the last 24 hours.

Its weekly gain – which stood at over 100% for the past few days – dropped to 80.8% following this recent price dump.

As the two digital assets share the same trend almost all the time, Shiba Inu investors are also keeping a close watch on Dogecoin to predict when it will move up or go down. 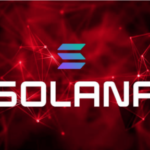