Shiba Inu Price Forms Cup And Handle Pattern, What Does This Mean? 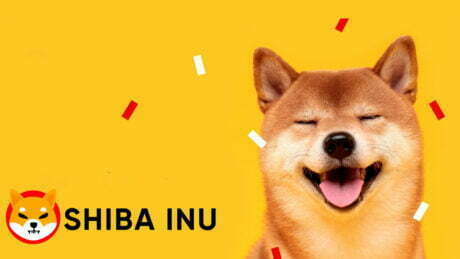 Shiba Inu Price had registered substantial gain over the last week. In the last 24 hours however, the coin moved down on its chart. The meme-coin had broken past its cup and handle pattern that was being formed for the past several months. This had pointed towards signs of bullishness.

Despite a fall in Shiba Inu price, the technical outlook of the coin continued to remain positive at the time of writing. If Shiba Inu manages to remain above the $0.000015 level then the meme-coin could trade near the $0.000021 price mark.

This meant that Shiba Inu price could rally by almost 50% in the upcoming days. Buying strength remained strong for the meme-coin. There needs to remain considerable buying strength in the market for Shiba to maintain its uptrend.

This rally happened after Binance announced that it will add SHIB support on the payment cards which are issued in Europe. This has in turn increased Shiba Inu’s potential to help find new users in the crypto space.

Shiba Inu was priced at $0.000015 on the one-day chart | Source: SHIBUSD on TradingView

SHIB was trading at $0.000015 at the time of writing. This is after Shiba Inu’s price broke above the cup and handle pattern.

Shiba Inu’s cup and handle pattern mean bullish momentum for the coin. A push from the buyers can help Shiba Inu price to propel higher.

The amount of SHIB traded in the last trading session declined slightly which meant that selling pressure increased slightly. Despite the fall in price, buying strength remained substantially high.

Technical Analysis
Shiba Inu was seen in the overbought zone on the one-day chart | Source: SHIBUSD on TradingView

The meme-coin had registered overbought conditions previously on its one-day chart. Buyers still dominated the market despite a small fall in Shiba Inu’s price.

The Relative Strength Index was above the 60 mark after it retraced from the 80-mark. SHIB was still in the overvalued zone at the time of writing even after the small retracement.

SHIB price was above the 20-SMA line that indicating buyers driving price momentum in the market.

SHIB’s technical indicators had pointed towards a rise in buying strength. The Moving Average Convergence Divergence depicts the price momentum and change in the same. MACD flashed green histograms which meant that there was a buy signal on the chart.

Directional Movement Index indicated the direction in which the asset’s price is headed and also if there will be any reversals. DMI was positive as the +DI line was above the -DI line. The Average Directional Index (Red) noted an uptick which meant that the current price momentum had gained strength.