There could be a surprising twist in the drama surrounding Sam Bankman-Fried’s insolvent crypto exchange FTX. As reported by The Straits Times, a possible government takeover by Singaporean state investor Temasek could be on the table. The group is one of FTX’s many investors.

Is Temasek Going To Bail Out FTX?

According to the report, Temasek, in its role as a shareholder of FTX contacted SBF after Binance announced its bailout plans. The report goes on to say that a takeover by CZ would mean such a power shift that “would make Binance reign supreme in the crypto world”.

For this reason, Temasek is in talks with FTX, according to a spokesperson:

We are aware of the developments between FTX and Binance, and are engaging FTX in our capacity as a shareholder

At the same time, Temasek’s spokesperson clarified that no details about the talks can be disclosed at the moment. “[G]iven the ongoing discussions between both companies, it wouldn’t be appropriate for us to comment beyond that”, the Straits Times reports.

Temasek invested in FTX’s Series B and Series C funding rounds, which raised $900 million and $400 million, respectively. However, FTX is not the only crypto exchange that Temasek has invested in the past. Temasek, through Vertex Ventures, also invested in Binance when the Singapore exchange launched operations.

Temasek is a Singapore government holding company with approximately $484.4 billion in net assets under management in 2021. The company is an investor that says it is guided by four key structural trends in building its long-term portfolio: Digitization, sustainable living, the future of consumption and longer life expectancy.

The anonymous trader “degentrading” reacted to the news on Twitter, saying that in his opinion a bailout of Tesamak is unlikely, as their current exposure to Tesamak is only 1 billion.

I doubt temasek would bail out FTX given their current commitment has only been 1bn? Especially if the hole is 6b. However if temasek does bail out FTX, I will send my sons to Singapore for army. Plz

Aside from the fact that Temasek is an FTX investor, the nature of the discussions between Temasek and the crypto exchange are unclear at press time. 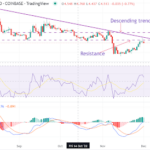