Solana (SOL) has been one of the tokens hit by the FTX decline in the last few days. Given FTX’s exposure to the token and the fact that they hold a sizable position, it has suffered a massive decline in tandem with the FTT token. The token has already lost more than 50% of its value since the weekend. However, the bloodbath may not be over for SOL holders as some developments come to light.

Even with the market already being oversaturated with sell-offs, there is more SOL scheduled to be put into circulation. Previously the Solana Epoch 370 was scheduled to release about 90 million SOL into the market before the team intervened, but there is still a sizable amount of tokens left to be unlocked.

In less than 10 minutes from now, Epoch 370 shows a deactivating stake of around 30 million SOL to be unlocked. Once this happens, it will flood the market with tens of millions of tokens into a space with already diminished demand.

Now, previously, the whales whose token unlocks have happened would re-stake some or all of the tokens, but that was when the price of SOL was still high and the market remained strong. With so many shorting the market and SOL prices expected to fall lower, it is likely that the owner of these tokens would sell their tokens instead of staking them once more.

The impact of this unlock could be catastrophic for the price of the digital asset. Think single-digit SOL prices for the first time in more than a year. The bears will likely continue to hold the market hostage, dragging the price of SOL and others down with it.

Solana has already been kicked out of the top 10 largest cryptocurrencies by market cap since it began its decline. The token now sits at the 13th spot with a market cap of $5.5 billion. If these tokens being unlocked find their way to the open market, it could be another red day for the digital asset. 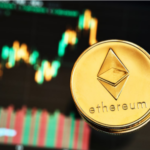