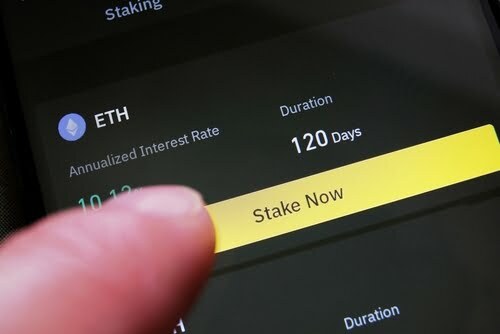 The Ethereum network will soon leave its proof of work mechanism and migrate to a proof of stake.

SSV DAO, the body responsible for building ssv.network, announced earlier today that it will distribute grants to development teams to help decentralise Ethereum’s consensus layer in preparation for its transition to POS.

According to the press release shared with Coinjournal, SSV DAO revealed that it had allocated over $10 million in assets to boost staking activities on the Ethereum network.

This latest development comes after SSV DAO partnered with some industry-leading companies including Coinbase, DCG, and Okex. As a result of these partnerships, SSV DAO is increasing its effort to build the staking infrastructure needed for other decentralised staking applications.

SSV DAO is now encouraging developers to apply for grants and participate in bug bounties and incentivised testnets.

The DAO is set to allocate over $3 million to open and pre-defined grants aimed toward developers to build applications, staking pools, and other tools needed by the network.

It will allocate another $3 million towards bug bounties, while a whopping $4 million is available for incentivised programs for early adopters and testers. These funds would be available to developers in USDC, ETH, and SSV tokens.

Alon Muroch, the head of SSV Protocol commented that;

“The Ethereum community has identified DVT as a crucial component in ensuring that the protocol remains decentralized and secure. We encourage development teams to join the Grant Program and unlock distributed staking on Ethereum for the next billion users.”

According to SSV DAO, developers in the space including RockX, Swell, Forbole, and Ankr have submitted and received roughly $1M in approved grant requests since March.

The team now intends to scale the grant program and invite more companies and developers to build projects on top of the SSV protocol.

Ssv.network provides developers with a stable infrastructure that allows them to build liquid staking protocols, delegation services, and staking pools. The network also solves the blockchain trilemma of centralisation, scalability, and security that have existed since Ethereum’s inception.

PrevPreviousBitcoin Will Rebound In 2nd Half Of 2022, Says Bloomberg Analyst
NextEthereum (ETH) Shifts To High Gear – Crosshair Locked At $1,250?Next