Study Shows Crypto Trading Is Dominated By US Traffic, See Who Ranks Next 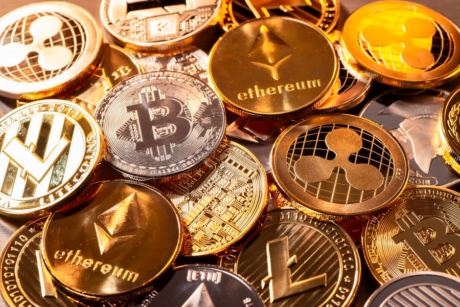 The crypto market has seen minor gains over today’s trading session as major cryptocurrencies are positioned just above critical resistance levels. If the bulls can make a fresh push, Bitcoin and Ethereum might revisit higher levels and open the gate for further gains across the sector.

At the time of writing, Bitcoin (BTC) trades at $21,500 with a 1% profit in the past 24 hours and Ethereum (ETH) trades at $1,680 with a 3% profit over the same time period. Both cryptocurrencies record significant losses on higher timeframes but seem poised for a move higher.

According to a report from Arcane Research, the crypto market performance is heavily influenced by traders in the United States. The research firm explore the traffic of over 30 exchange platforms in the past three months, traders based in this country came out as the “most active participants in the market”.

Thus, the positions taken by these traders are key to measuring the market direction as they represent a majority of 14.33% of the 20 most active countries in the market. In total, these countries comprise over 52% of all the traffic that goes through crypto exchange platforms.

With the exception of the U.S., almost every country in this ranking is outside of the American continent with South Korea and Russia following in the top 2 and 3 positions, respectively. The former records 6.51% of all traffic and the latter around 5%.

A lot of the countries in the list are from economically underdeveloped regions, such as India, Brazil, Argentina, and others. Arcane Research noted that their data could be misrepresented by users with VPN services, still they claimed the following:

The market concentration of the top 20 countries is relatively high, representing 52.4% of all web traffic to crypto exchanges. However, while these chart illuminate geographical trends in the crypto market, VPNs may distort the quality of the data.

On the other hand, research firm Jarvis Labs has been tracking the real impact of U.S. traders in the crypto market. In July, U.S. traders were contributing with the bullish price action across the sector.

At the same time, traders in Europe and Asia were losing interest in the top two cryptocurrencies. As Jarvis Labs said, the direction provided by U.S. traders can be used as alpha, as a way to profit off the market, as “smart money” trades during these hours.

In other words, if you are a trader and want to take a position, you could benefit from knowing what U.S. traders are doing. As of late July, as the chart below shows, U.S. traders began selling Bitcoin and have continued to do so across August.

US sessions have shown disinterest with both BTC and ETH since the mouth open, while Asia has shown strength in bidding relatively compared to the US. pic.twitter.com/wbNS0RKYjp

PrevPreviousCrypto Market Sentiment Plunges To 1-Month Lows, What Lies Ahead?
NextCardano Getting back to $1? Unlikely, Here’s a Few AlternativesNext