The Bear Market Correction Could Be Over, According To ARK. Reasoning Inside 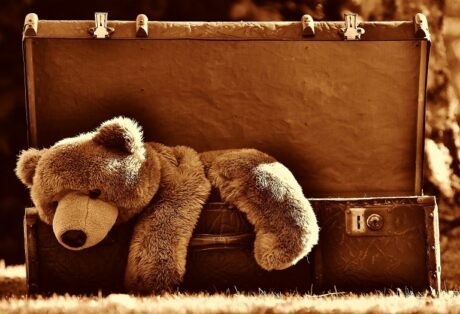 Rejoice! The bear market might be over. That’s the main thesis behind July’s “The Bitcoin Monthly” report. “Because bitcoin’s price did not rise parabolically during the 2021 bull market, its bear market correction could be over,” ARK reasons. And it makes sense, the numbers seem to suggest it, and it feels like it. However, are we fooling ourselves? Is ARK’s reasoning wishful thinking? Let’s examine the data and see what it tells us.

First of all, “bitcoin closed the month of July up 16.6%, rising from $19,965 to $23,325, its most significant gain since October 2021.” So far, so good. Can we declare that the bear market correction is over, though? Well, “the likelihood of touching its delta cost basis has diminished, bitcoin’s downside risk in a bear market technically stands at its delta cost basis, currently $13,890.” This number seems far away. Maybe bitcoin is slowly getting out of its slum.

“Bitcoin has corrected 72% relative to its alltime high. Although this drawdown is consistent with intracyclical corrections, like the COVID collapse in 2020, bitcoin usually finds global cyclical bottoms with a correction greater than 80%.”

That doesn’t sound as promising. Maybe there’s more pain ahead, however… “Given the positive correlation between bitcoin and US equities since COVID, the US being the leading price mover of bitcoin suggests an emerging risk-on market environment,” ARK claims. Apparently, the US has been leading the bulls lately. Perfect. Bitcoin needs all the help it can get in these trying times.

Are We Leaving The Bear Market? Let’s Look At The Signs
“Contagion in the crypto markets appears to be contained, as Celsius and Three Arrows Capital officially file for bankruptcy.”

Announcing the Celsius news, NewsBTC said “After weeks of conjecture and hearsay, Celsius’s legal counsels have formally informed regulators that the cryptocurrency lender has filed for Chapter 11 bankruptcy protection.” Announcing the 3AC one, we said, “Crypto hedge fund 3 Arrows Capital is slated to be another pillar piece of 2022’s bear market headlines, joining the likes of brutal bear market moments that include Terra Luna’s downfall and CeFi’s drama.”

“Leverage appears to be unwinding across the crypto ecosystem, paving a path to recovery”

That’s phenomenal. May this continue to happen.

“After trading below its investor cost basis for the first time since March 2020, bitcoin has reclaimed major support levels and is trading above its market cost basis.”

Great news. Is this real, then? Are we getting out of the bear market this fast?

BTC price chart for 08/09/2022 on Kraken | Source: BTC/USD on TradingView.com
Other Factors, Miners And Lightning
“Despite continued miner pressure, bitcoin’s economics are at equilibrium.”

Ok, some miners sold and others turned down their machines. However, the pressure seems to be subsiding and the sun seems to be shining.

“Bitcoin’s scaling solutions appear to be gaining momentum, as capacity on the Lightning Network reaches an all-time high.”

The Lightning Network went head to head with the bear market and didn’t even flinch. People are building and the L2 solution is bigger and better than ever. “LN capacity growth seems to accelerate during bear markets, marking a shift in sentiment from exuberance and speculation to testing and building longterm solutions for bitcoin.”

“Given continued declines in economic activity, including employment, the Federal Reserve could pivot during the second half of the year.”

Is the US in the middle of a recession? Opinions vary, but the results are the same. People all over the world are struggling. “The drop was attributable largely to a decrease in inventories, residential and non-residential investments, and government spending. Strong recession signals could compel the Fed to change its hawkish stance,” ARK states.

“The 10-year Treasury bond yield has been unable to sustain a move above 3% and is now falling, posing less competition to cryptoassets.”

Featured Image by Alexa from Pixabay | Charts by TradingView