Uniswap Price Falls Below $9 After It Met With A Sell-Off, What’s Next? 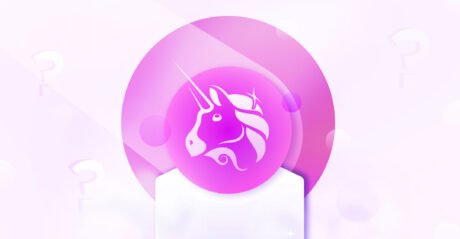 Uniswap price at the current moment has displayed a downward movement on its chart. The coin lost the $9 price mark and was moving closer to its local support level.

Over the last 24 hours, UNI depreciated considerably by 6%. Most gains that UNI logged were lost over the past week.

The technical indicator for UNI has depicted mixed trading signals. The buyers in the market have left owing to the recent fall in price.

For Uniswap price to pick up momentum, buying strength and demand for the coin remain quite crucial.

As selling pressure mounted, UNI started to flash bearish price signals on its chart. The price of the altcoin needs to experience a breakout for the bulls to drive the price momentum.

The coin broke below its $8.40 support line and fell below that. An increase in demand for the coin can help UNI recover over the next trading sessions.

Uniswap was priced at $8.30 on the four-hour chart | Source: UNIUSD on TradingView

The altcoin was priced at $8.30 at the time of writing. Uniswap lost its immediate support line and the bears have changed that level to a resistance mark for the coin.

The coin has tried to break past the mentioned price mark a couple of times but was met with sellers in the market. The immediate price floor for the coin stood at $7.80.

Although over the past few weeks UNI has recovered considerably, the demand for UNI has to keep growing.

The volume of UNI traded in the last session has declined as there has been a fall in buying strength.

UNI had moved closer to the oversold zone over the last trading sessions, however, it did not touch that zone. At the moment, the coin has low buying strength but the coin was not overbought.

The Relative Strength Index noted an uptick below the half-line signifying that the demand for the altcoin could register an increase over the next sessions.

Uniswap price was seen below the 20-SMA line, this signalled bearishness in the market. It also depicted that the sellers were driving the price momentum in the market.

The altcoin has flashed bearish signals on most technical indicators. UNI registered a sell signal on the four-hour chart. Moving Average Convergence Divergence depicts the price momentum and change in the momentum.

As demand for UNI has remained low, MACD underwent a bearish crossover and displayed red histograms.

CMF was below the half-line as capital inflows were less than outflows at the time of writing. With increased demand and buying strength, the coin will attempt to move up on its chart.

Featured image from TechCentral, the chart from TradingView.com

PrevPreviousBitcoin Price Takes Hit, Why BTC Remains at Risk of More Losses
NextHow to Find the Right Buyer for Your NFTNext