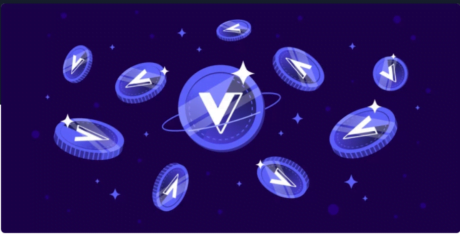 Voyager (VGX), the crypto exchange platform that declared bankruptcy in July, used to be a force to reckon with in the crypto space.

In fact, VGX, its native token, has soared 10x in a few months following its launch.

VGX token exhibited some generous spike in 2021 but was terribly decapitated by the crypto downturn in 2022 that led to its bankruptcy.

Albeit, VGX seems to be recovering on coming back stronger as it has registered a remarkable gain stepping it up amid the top 200 cryptocurrencies.

Voyager Digital has recently filed a notice informing the United States Bankruptcy Court for the Southern District of New York that the company will be having an auction to dispose of the remainder of its assets.

The auction is set to be held at the Manhattan office of Moelis & Company on September 13. More so, a hearing on approval of the results is scheduled on September 29.

Apart from Voyager hinting, that there’s trouble in paradise, this also indicates that the crypto platform has received more than enough bids for its remaining assets which Voyager has recently confirmed in a tweet.

Apparently, Voyager has been getting multiple bids on the auction of its assets which can further consolidate and strengthen the platform’s redesign process. Evidently, this development came following a crypto lender’s rejection of an offer coming from the FTX exchange.

VGX has seen remarkable gains since then. With a revved-up trading activity, the VGX token’s trading volume has also soared by 2,000% overnight. Reportedly, in August, the trading volume of Voyager token is at $87.64 which is considered the highest daily volume registered for VGX in the past month.

Following a massive bullish momentum, VGX’s social dominance has also appeared bullish which isn’t a surprise. However, despite the positive outlook of the VGX token, the future of both Voyager Digital and the VGX token looks bleak which means investing or trading should be made with extreme caution.

Voyager token is a US-based crypto exchange platform established in 2017 by founders Stephen Ehrlich, the CEO, together with Gaspard de Dreuzy and Philip Eytan, finance and tech industry titans.  Voyager happens to be a registered traded company listed on the Toronto State Exchange.

The crypto exchange platform has over 100 coins that you can buy using its secure and fast mobile application that allows users to earn 7% to as much as 12% in rewards on a yearly basis plus an opportunity to beef up earning through the Voyager Loyalty Program.

Voyager has so many exciting and innovative plans and perks in store for users such as debit cards plus other Defi projects.

Featured image from CoinJournal, the chart from TradingView.com