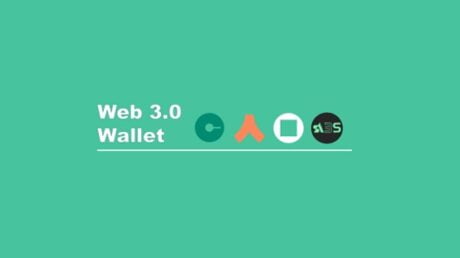 An Ethereum address is a complex 42-bit string starting with 0x. As the most basic part of the crypto infrastructure, addresses are the carriers of users’ assets, rights, and on-chain interactions. We often see people name their Twitter starting with 0x to indicate their identity as a blockchain player, which demonstrates the importance and representativeness of addresses to users on the chain.

As the necessity for users to step into the on-chain world, there are more than 200 million unique addresses on the Ethereum chain alone. Over the past year, there have been an average of about 500,000 active addresses interacting on-chain every day.

Users often use mainstream wallet products such as Metamask to manage addresses. However, the increasing Web3 protocols have opened rich usage scenarios for users, and also stimulated many users’ demands yet to be met, such as address co-management, private key recovery, address privacy and so on. On-chain developers are also actively proposing various innovative solutions based on these demands.

In this article, people will learn about the ambitions of infrastructure developers to improve the security and usability of address management through the examples of Gnosis Safe and Argent Wallet. By looking into Blank Wallet, a project focusing on private transactions, and A3S Protocol, a pioneer in “transferable addresses”, having a glimpse of how the “careerists” bring revolutionary changes to this entrance-level field of the Web3 world.

1.   Dreamers who pursue security and usability
1.1 Security: A Multi-Signature Management Scheme for Addresses

Gnosis Safe represents the multi-signature wallet solution in the context of implementing secure co-management of addresses. The multi-signature function simply means that the user needs to set up several owners or devices, and the transaction must be approved by a minimum number of roles before it can be carried out. Based on this, Gnosis Safe also provides users with more rights management functions, such as batch transactions and custom modules for authorization under certain conditions including social recovery modules and allowance modules.

In terms of usability, a representative project is Argent, featuring “no private key” and “no mnemonic”, thereby greatly reducing the user’s threshold. Argent allows users to set up several other accounts or devices as Guardians, to facilitate the recovery of accounts and assets through Guardian’s verification if the device is replaced or the address is stolen. The wallet owner can also grant the “keeper” several permissions, including locking and unlocking accounts, triggering account recovery procedures, and approving large transactions.

At the same time, Argent also gives away 1 ENS domain per user, which allows users to convert a long list of complex addresses starting with 0x into easier-to-remember “URLs” ending with “.eth” to further improve the user experience.

As a public ledger, users’ privacy is one of the weaknesses of Blockchains. When users try to conduct private transactions, they often need to go through a currency mixer such as Tornado Cash. Under the ambition of pursuing privacy and emphasizing anonymity, Blank is an address management protocol designed for private transactions.

It adopts the method of currency mixing and zero-knowledge proof to realize private transactions. Specifically, whenever a user transfers funds, Blank will generate a password for the transaction and mix the funds, which will also become the proof of the payments sent; when a user accepts the transfer, Blank will create a brand-new address to receive the funds; also, the transaction will be mixed with Blank’s internal fund pool to conceal user’s financial information. Blank can provide users with wallet applications and be incorporated into other wallets and DeFi projects as extensions.

Due to the nature of the private key, the ownership of addresses can only be shared but is difficult to be transferred as it’s almost impossible to ensure one has completely forgotten or discarded its private key. A3S Protocol, trying to separate the control of the address from itself, endows the address with liquidity.

Users discovered this pioneering idea from the much-anticipated Grants Round 14 of Gitcoin (GR14). The relevant information remains to be limited as people try to understand the project developer’s “ambition”.

A3S Protocol is not a wallet and no longer uses private key signatures to control addresses. It is a protocol that uses NFT as the “controller” of the addresses. In simple terms, the protocol allows users to mint an address controlled by an NFT, and transfer control of the address through the circulation of the NFT. A3S Protocol also discards mnemonics, replacing the abstract mnemonics and private keys with more concrete NFTs. Just like a real key, whoever holds the “key” has control of the address. Due to the non-fungible nature of NFT, the “key” is also unique and there are no concerns of being copied. In addition, this “key” being an NFT can be easily adapted to the existing NFT infrastructure.

According to the project conception, after such NFT-Gated Addresses open up the address liquidity, there will be more potential user demands being fulfilled in many ways:

OTC transaction of non-transferable on-chain assets and interests: for example, non-transferable assets such as veCRV in the Curve protocol, or NFT whitelist qualification attached to addresses, can be transferred directly by transferring addresses.
Temporary escrow of addresses: temporarily entrust others to operate your address, such as automatic investment, P2E on Gamefi, etc. After the end of the escrow period, the control of the address will be fully recovered through the return of NFT, and the continuation of the interaction record can be maintained.
Addresses being the new collectibles: trading addresses of celebrities, such as auctioning addresses used by Elon Musk, Stephen Curry, Jay-Z, etc.
Basic services on-chain: When users occasionally need a large number of addresses to interact with protocols, users can simply buy or rent the addresses with gas in bulk, thus eliminating the tedious and expensive operation of transferring small assets in and out.

In other words, A3S Protocol realizes the capitalization of addresses and provides a new possibility for value transfer. Just like domain names, addresses can become the new subject matter for collectibles and leases, or become a unique on-chain service. At the same time, the “restrictions” and “privileges” for addresses will therefore no longer be exclusive. Although A3S has not yet launched its product, if the design of the project can be implemented, it might become the No. 1 public enemy of the anti-Sybil attack, SBT, and NFT communities.

With the development of the crypto market and Web 3, users have growing diversified needs for address management. The value of addresses has become increasingly prominent, and addresses are more than something that can be discarded carelessly. How to manage the “first stop” in the crypto journey and uncover more value embedded in addresses will certainly become the focus of more and more projects. Developers are continuing to design revolutionary solutions in the process as we keep paying attention to the progress and updates of address-related projects and sharing our research.

PrevPreviousEthereum Rising Gas Fees are Still Concerning But Presents Opportunity For Decentralized Exchanges
NextBitcoin Slides Under $20K – Another Collapse In The Offing?Next