What Would Be The Ethereum Merge Impact On Cryptocurrency Miners 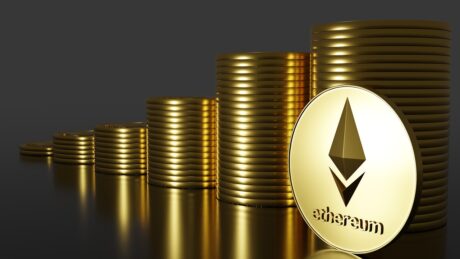 Miners of both Bitcoin and Ethereum are still thriving regardless of the crypto winter. The revenue generated by Ethereum miners surpasses that of Bitcoin miners, according to the 2022 record. The growth of the miners is quite surprising given the increase in the cost of electricity.

But all that might come crashing down very soon. There’s growing concern that the upcoming merge will put ETH miners out of their jobs. This can be traced to the effect of the asset’s merge on the operational mechanism of the network.

Drawing from Arcane Research information, it was recorded that in 2022, Ethereum mining has realized a revenue of up to $11 billion. This figure is a bit higher than that discovered in Bitcoin mining. According to the research, Bitcoin miners have realized about $10 billion within the same period.

The research data pattern is not different from that of last year. At the time, Bitcoin mining generated up to $17 billion. But, again, the revenue figure generated was about $1 billion lower than that of the ETH miners, which was $18 billion.

Bitcoin mining had been recording higher revenue compared to that generated through Ethereum mining. This was recorded as of 18 months back. Since then, the turn of events has been steady in favor of ETH miners. The higher gain in ETH mining revenue is a result of its ecosystem versatility.

However, there is about to be a change that could cost the jobs of Ethereum miners. That has to do with the upcoming Ethereum Merge. This event aims to see the successful merging of Beacon Chain and Ethereum Mainnet. Achieving this objective will trigger the move of the ETH network to Proof-of-Stake (PoS).

Impact Of Ethereum Merge On Miners

Ethereum miners know that the Merge completion will end ETH mining. Also, all transactions performed on the ETH network will be taken up by validators. Moreover, based on the status-quo of the PoS blockchain, these validators will be rewarded for every effort they make.

There is an option for ETH miners to migrate to Bitcoin mining, but there is also a problem with the idea. That has to do with the mining systems of both assets. While Ethereum miners use GPUs to perform their mining process, Bitcoin miners, on the other hand, use ASIC. This is where the problem of compatibility sets in.

At the end of the Merge, ETH miners will have just one option: to receive a little of their previous amount before the merge. Also, they will no longer have possession of their GPUs, as they will sell them off.

Going further, AntPool has announced its $10 million investment in ETC. the mining platform believes that ETH will be mineable even after the merge is completed.

Furthermore, Chandler Guo, a Chinese miner, has revealed his thoughts about creating another version (a forked version) of the Ethereum network. This will be called ETHPoW as it will sustain the Proof-of-Work mechanism of the digital currency blockchain after the merge.