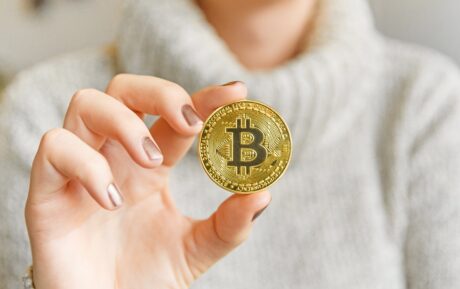 Bitcoin has been pushed down further over today’s trading session and approaches critical levels of support. The first crypto by market cap that gave back all the profits from last week rallied and has been moving in the red over the past 24 hours.

At the time of writing, Bitcoin (BTC) trades at $23,400 with sideways movement in the past day and a 2% loss over the past 7 days.

Director of Macro for investment firm Fidelity Jurrien Timmer believes long-term Bitcoin investors have an opportunity to increase their holdings at current levels. Via his Twitter account, the expert claims Bitcoin is cheap as he explored the cryptocurrency’s price versus value chart.

Timmer’s bullish thesis is based on BTC’s adoption curve and the likely scenario where this curve will continue to trend to the upside and increase the underlying value of the cryptocurrency. As seen below, there is a direct relationship between BTC’s adoption and its price.

The chart below shows the BTC price/network ratio, how Bitcoin reacts to more adoption, and its price. The former metric trended lower than BTC’s price until it was able to break above a critical resistance zone and turn into support.

Bitcoin has been moving on that support for over a month, coinciding with BTC’s price reaching a yearly low of around $17,700. As the chart above shows, these levels have historically operated well as resistance/support and hint at BTC’s price forming a bottom around that area.

Timmer said the following on BTC’s capacity to continue appreciating in the long term:

Bitcoin’s price-to-network ratio (my proxy for a valuation multiple) is back to 2014 levels. Meanwhile, its network continues to grow, roughly in line with a power regression curve. For me, the main nuance is the slope of the adoption curve. Whether we use the mobile-phone curve or internet curve as proxies, Bitcoin’s price is below its actual and projected network-growth curve (…).

Who Is Buying Bitcoin At Its Current Levels?

If Timmer’s predictions are correct, the price of Bitcoin should trend higher and reach an all-time high of $100,000 by 2050 as more people adopt it, and its circulating supply decreases. This could push BTC’s price near $1 million by 2030.

Timmer also compared BTC’s price to Gold and concluded that the cryptocurrency experienced its “biggest oversold condition in years”. This supports the expert’s theory that BTC’s price might have found a solid bottom on higher timeframes.

Additional data from Timmer records an increase in the number of BTC Holders. 13% of the cryptocurrency’s total supply has entered the 10-year unspent period with more and more people buying it in the long run.

Who is buying Bitcoin these days? Apparently not the tourists (i.e., short-term holders). The percentage of Bitcoins held less than three months has barely budged lately. /5 pic.twitter.com/fKpvbEhE89

PrevPreviousOleksandr Usyk Partners Up With The QMALL Crypto Exchange Ahead Of His Upcoming Match With Anthony Joshua
NextBitcoin Bull Rally Fades, Mining Difficulty Surge By 0.63%Next