Why Crypto Could Heading For A Retest Of The Summer Lows 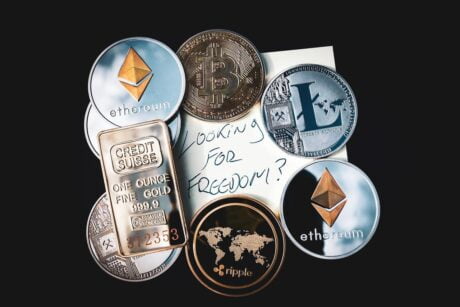 The crypto market has seen over today’s trading session as large cryptocurrencies retrace as much as 20% during the weekend. The near term seems likely to trend to the downside, at least until the end of the week, according to a group of experts.

At the time of writing, the crypto total market broke below the $1 trillion mark and could re-test support at $920 billion. Macro conditions seem to be pushing down risk assets, such as cryptocurrencies and equities,

In a market update shared with NewsBTC, Matt Weller, Global Head of Research for FOREX.com, and City Index, the current price action across the sector has been triggered by a decrease in risk appetite from market participants.

There is still much uncertainty around macroeconomic factors which could be contributing to the latter. The U.S. Dollar (DXY Index) was pushed upwards, as the market seeks shelter from high inflation and uncertainty, negatively impacting other major currencies, equities, and crypto assets.

If the U.S. dollar continues its ascend, the total market cap for the nascent sector could see a 58% decline by completing a bear flag formed on its weekly chart. As analyst Caleb Franzen said, this could push the sector to its 2020 levels at around $400 billion and take down a large portion of the profits generated during the past bull run.

If you watched the live stream this morning, you saw me share this potential bear flag for the $TOTAL crypto market cap.

Lines up with the key structure.

Difficult to see, but worth monitoring as a potential scenario… pic.twitter.com/nleiOsoJ8b

As the price bounced off those lows, BTC formed a rising channel but was rejected of the 50-day Exponential Moving Average (EMA) last week. As the chart below shows, the price of Bitcoin broke below this channel “leaving a bearish near-term bias for a potential retest of the summer lows near $18,700”.

For the second cryptocurrency by market Ethereum, an important benchmark for the sector, Weller believes it has seen an “impressive rally”. The cryptocurrency will complete its migration to a Proof-of-Stake (PoS) consensus with “The Merge”, this has supported the bullish momentum.

However, in the short term Ethereum is also trading below its EMA which could push its price back to its “late July swing low near $1,375”, the expert said. As seen below, if bulls can push the price back to its last week’s levels, ETH might re-test that support with the risk to drop to $1,275 and $1,000. Weller added:

After the dramatic blowups and deleveraging we saw in May and June, a long-term V-shaped bottom this summer was always unlikely. As we flip the calendar into September, the key question for crypto traders may well be whether we go on to break this summer’s lows or merely retest them to set the stage for the next bull cycle.