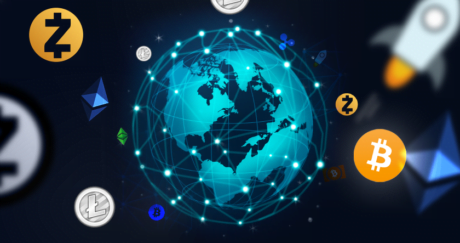 Crypto adoption worldwide has accelerated in the last couple of years. Thanks are especially in order to the 2021 bull run that saw the price of bitcoin reach as high as $69,000, triggering an influx of new users into the market, both on the retail and institutional investor side. As it now stands, there are now more than 320 million crypto users around the world, according to recent data. Here are the countries that dominate the list.

The United States Takes The Lead

The United States has actually seen one of the most rapid adoptions of cryptocurrencies. Data from Triple A shows that there are more than 46 million crypto users in the country. This is made even more evident that more than 80% of all crypto ATMs installed in the world exist in this region. So in total, the United States has 13.74% of its total population who are crypto users.

Coming in second is India. Over the years, there have been reports of Indians flocking to cryptocurrency as the new gold. Their numbers have grown rapidly as a result, and there are now more than 27.4 million crypto users in the region. However, this only makes up about 2% of the total Indian population. Pakistan comes in 3rd place with more than 26.4 million crypto users, accounting for 11.5% of the total population.

Nigeria unsurprisingly comes in 4th place. The economic situation in the country has gotten worse over time with double-digit inflation, and residents have turned to cryptocurrency to maintain the value of their wealth. The country has more than 22.3 million users, making up 10.34% of the total population.

Vietnam comes in 5th place with more than 20.2 million users. However, despite being 5th, it is the country with the largest percentage of the population using crypto, with 20.27%. This puts it ahead of China, with 19.88 million, and Brazil, with 16.65 million. Russia, Indonesia, and South Africa complete the top 10 with 14.6 million, 12.23 million, and 7.7 million, respectively.

Crypto Spreads Over The Continents

On a control-by-country scale, the United States led the charge in terms of adoption, but when zoomed out and looked at from the perspective of continents as a whole, the West is quickly dethroned. Instead, Asians lead the charge in this regard.

The data shows that Asia boasts 130 million crypto users. In contrast, the African continent has 53 million uses. This puts North America in 3rd place with a total of 51 million users. Europe follows with 43 million, and South America with 27 million. Oceania came out to 1 million users.

Holder demographics are also skewed towards the male popular. In total, 63% of all crypto users are men, while 37% are females. 72% of all users are under the age of 34, indicating that the market appeals to the younger popular. The majority (71%) have at least a Bachelor’s degree.

PrevPreviousEthereum falls 9% as risk-on assets tumble on Fed Chair remarks
NextXRP Price Is On The Rise But Have The Bulls Regained Momentum?Next