XRP Price Could Rise If It Clears This Price Barrier 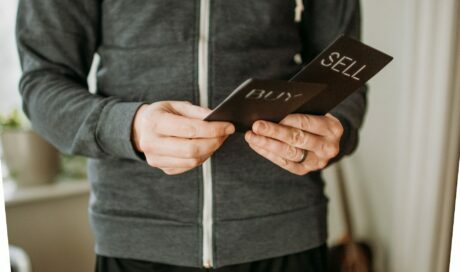 XRP Price has witnessed consolidation between the $0.30 and $0.37 mark for a considerable number of trading sessions.

Over the last 24 hours, the altcoin has managed to hover around the same price mark without losing its market value. In the past week, the XRP price has lost 2% of its value.

Lateral trading had caused buying strength of the coin to be affected. For the bulls to take charge, it is important for XRP to break past its sideways trading. XRP had formed higher highs and higher lows at the end of July. The bulls don’t seem to be able to push past the $0.37 mark.

This could be pointed to the lack of demand for XRP. The $0.37 mark has been a propelling point for the altcoin’s price, however, the bulls could not hold on to the momentum even then. With Bitcoin receding on its chart, many altcoins have also followed the same sentiment on their respective charts. Demand and broader market strength remain crucial for XRP.

XRP was priced at $0.37 on the four-hour chart | Source: XRPUSD on TradingView

The altcoin at the time of writing was trading for $0.37. XRP had witnessed sharp resistance at the $0.39 price ceiling. In case the XRP price manages to topple over the $0.39 level, there could be a possibility for a rally. The additional resistance mark for the coin was at $0.40.

The local support for XRP rested at $0.34. A fall below the $0.34 level will cause XRP to trade at $0.31. The amount of XRP traded over the last session had increased as the sellers were dominating the price action.

Continued sideways trading with XRP prices oscillating between $0.30 and $0.37 has pushed buyers out of the market slowly. The technical indicator for the coin displayed that.

The Relative Strength Index was below the zero-line because sellers were more compared to buyers in the market. It was a sign of bearishness.

XRP price was pictured below the 20-SMA line which again is a sign of the bears resurfacing as the sellers were driving the price momentum in the market.

XRP displayed a sell signal on the four-hour chart | Source: XRPUSD on TradingView

The fall in buying strength gave rise to a sell signal for the altcoin at the time of writing. The indication of the sell signal meant that the bearishness was still prevailing. The Moving Average Convergence Divergence tells the price momentum with the possibility of reversals.

MACD witnessed a bearish crossover and formed the red histograms which are related to the sell signal. Bollinger Bands indicate the price volatility, thereby, pointing towards the chance of price fluctuation. The bands became broader which meant that XRP price could witness upcoming price volatility.

Featured image from Unsplash, the chart from TradingView.com