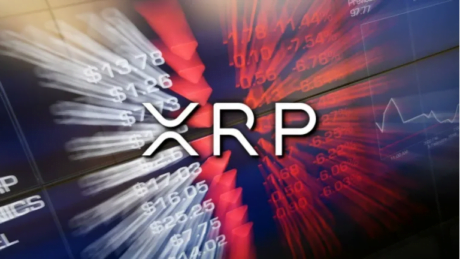 XRP price has demonstrated a significant uptick that comes with engaging social media tweets and discussions. Does this hint at a potential bull run?

Ripple Is Now The Official Partner Of WEF

Now, Ripple is an official partner of the World Economic Forum as announced on their website which also adds another layer of credibility and trustworthiness to XRP.

The WEF is a Switzerland-based international NGO established on January 24, 1971, and founded by Klaus Schwab, a German economist, and engineer.

In their partnership with Ripple, the WEF has announced, “Ripple is developing and enabling the future use cases that will catalyze the new digital economy for governments, businesses, and consumers.”

During summer, Ripple has also shown immense social media popularity and an uptick in comments and engagements.

On several occasions, upticks in terms of social media interest brought about profitable opportunities for both stocks and crypto alike.

However, despite Ripple’s intense popularity, It was not able to benefit from the overwhelming social media hype.

On August 19, the crypto had a 10% liquidation following a drop from the descending parallel channel.

The bearish cross that moves over both the 8-day and 21-day simple moving averaging darting close to the $0.37 level acted as the catalyst to induce the selling frenzy.

Meanwhile, traders should practice caution when buying a dip with the target range for the crypto close to $0.28 or $0.24.

The bearish thesis invalidation for XRP is set at $0.48. Once this mark is breached, a bull run could happen to target over $1.

XRP price has been affected by the decline in the price of Bitcoin which has been down for the past week.

XRP is seen to have dropped by 14% this month after its price increased steadily by 15% in July.

Affected by the great number of liquidations happening in the crypto market, XRP has experienced extreme liquidations hitting $1,586,572 in the past 24 hours.

The decline in token price also triggered a plunged in trading volume.

On the daily chart, XRP has posted a double-digit plunge on August 19 that cracked the tight range experienced since July 31.

RSI for XRP has also successfully breached into the 50-neutral region which is now tagged as 38. MFI is also at 39 to date.

Ripple has had a massive breakdown of network activity since early August. In fact, XRP transactions have plunged by as much as 31% in the past couple of days.